Here, we will tell you about the major sights of Yamalo-Nenets Autonomous Region

Yamalo-Nenets Autonomous Region settled across Russia's Arctic territories in the northernmost Ural near the Kara Sea. It is largely considered an extreme tourism region. However, it is merely half true. Undoubtedly, there are many available activities for extreme tourists there. Still, more exciting is the region for the ones keen on local history and culture of native northern peoples.

Here are ten reasons to go on a trip to Yamal. Of course, there are much more than ten.

1. A tour of a reindeer pasture in the tundra.

The tour is a run-through of the life and activities of genuine native northern farmers. It includes fishing, hunting, riding across the tundra in a reindeer-pulled sleigh, putting up a choum (traditional dwelling, similar to a tepee) with your own hands, trying some local cuisine... Notably, Yamalo-Nenets Autonomous Region was rated first in the online poll of National Geographic Traveler readers in the category Tourism in Russia. Mainly, because of original tourism programmes like this one.

Most importantly, there is a great number of such tours within the region including, apart from visiting native reindeer herders, tours of local fisherman settlements, hunting farms and others. 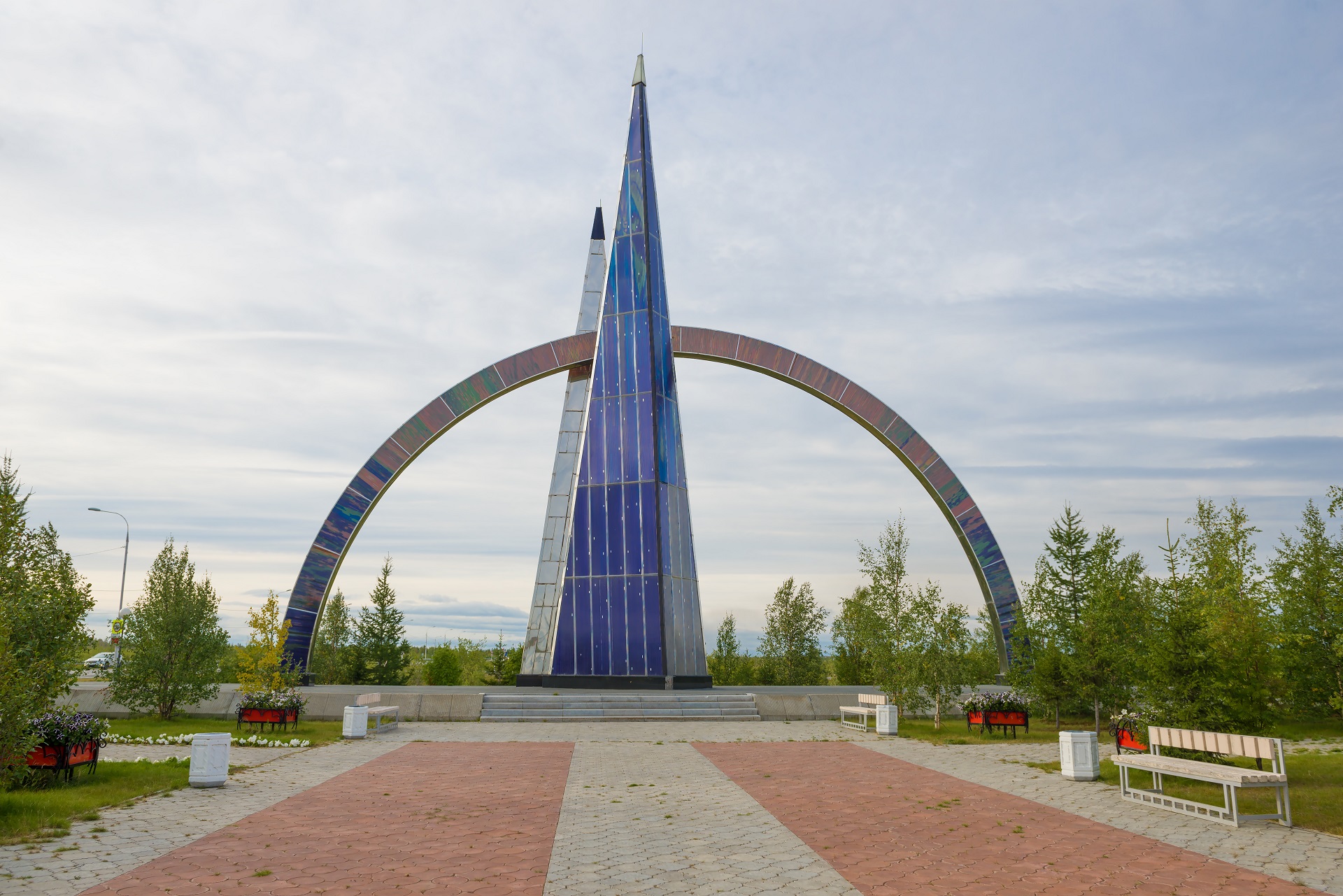 Salekhard, the capital of the region, is the only city in the world that crosses the Arctic Circle.

Basically, it is an informal border of the Arctic. And, of course, on a trip to Yamalo-Nenets Autonomous Region, you won't skip visiting its capital.

Yamal holds one more frontier. It is the Urals commonly known to separate Europe from Asia.

Europe's easternmost point is located in the region according to the official data of the Institute of Geography of the Russian Academy of Sciences. Thus, you can visit two essential geographic points in one go.

3. In the footsteps of Sihirtia

the legendary people which inhabited the Northern Ural many centuries ago as believed by the Nenets. In the Footsteps of Sihirtia is the name of an ethnographic tour which covers 500 km on the route Nadym – Nadymskoye Gorodishche – Shuga settlement – Khe settlement – Tanopchi camp – Kutopyugan settlement – Nadym. On the tour, you will visit areas once inhabited by these half-mythic creatures, short with white eyes and white hair, and ancient artefacts which are believed to have been owned by the Sihirtians. You will witness traditional ceremonies and holiday celebrations and try manufacturing traditional tools.

4. Getting to know Lyuba the Baby Mammoth

A little, yet aged, mammoth discovered frozen in the permafrost near the Yuribey river in 2007 is now exhibited in the Shemanovsky Museum in Salekhard. 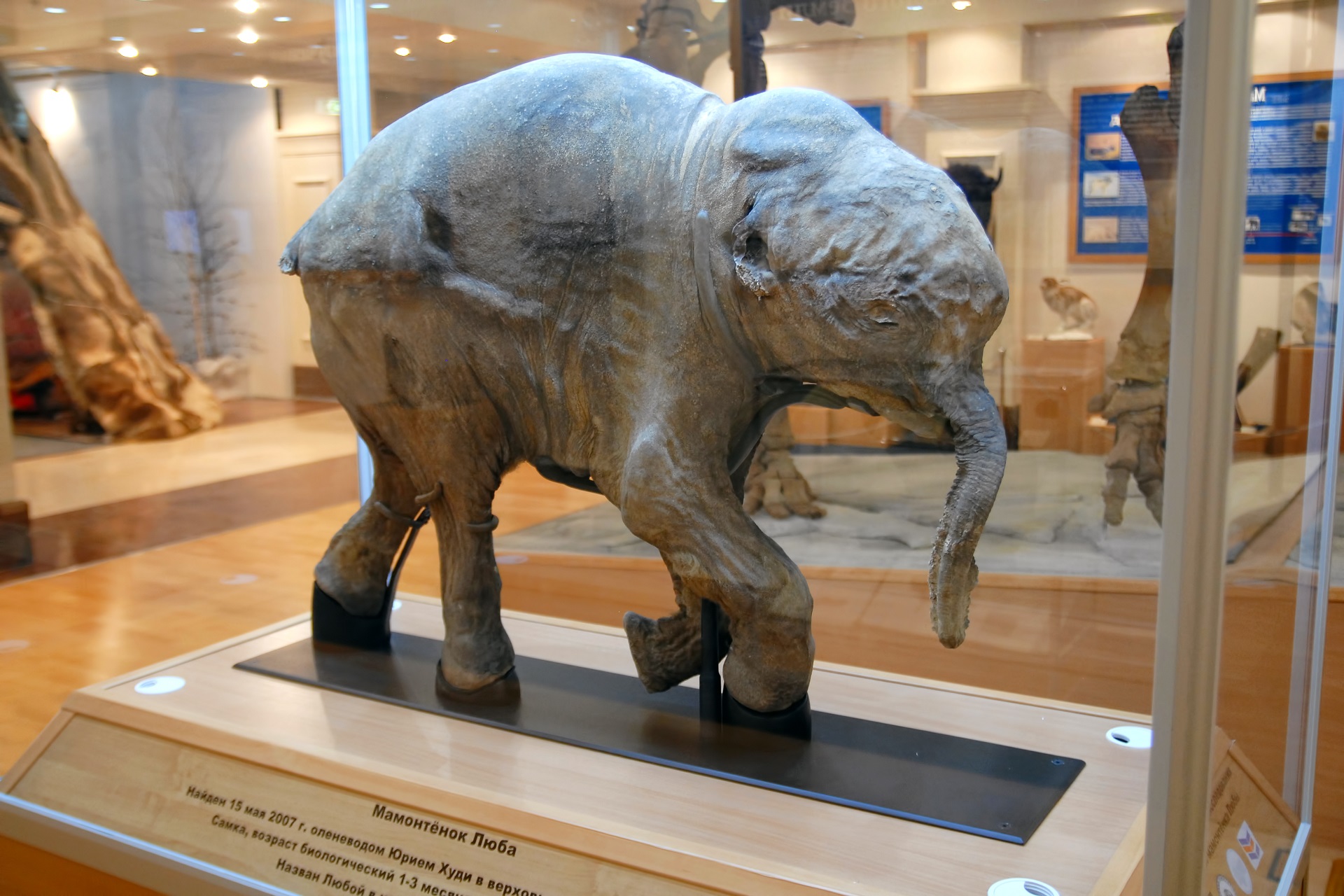 Apart from the baby mammoth, you can also view a mummified body of a medieval warrior buried in the 13th century; ancient cast-iron and bone-carved images of animals; a skeleton of an adult mammoth about 17,000 years of geological age; shaman artefacts, traditional costumes and many other curious exhibits. The museum's funds comprise over 80,000 items. 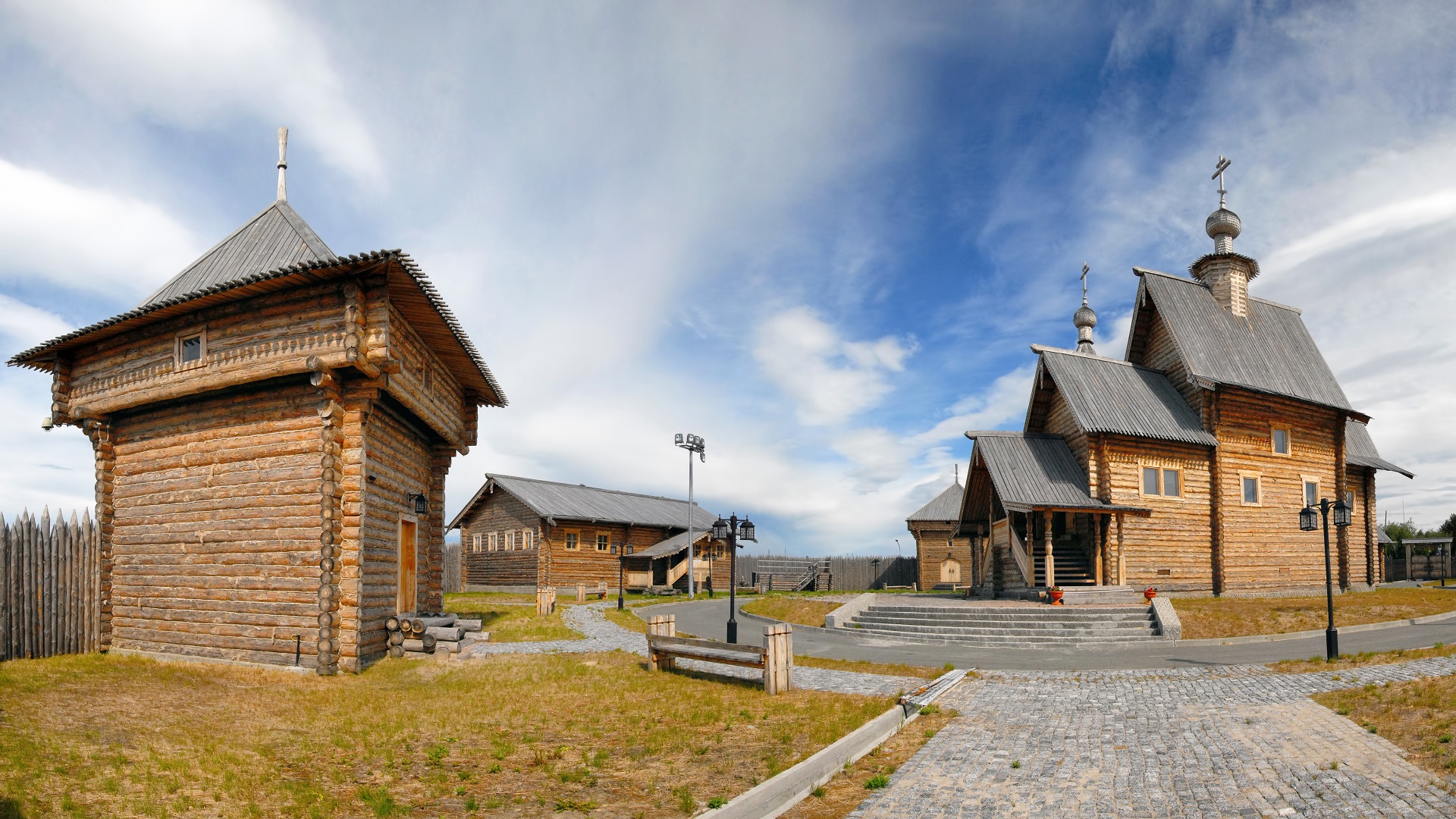 It is a fortress erected in the first third of the 17th century from which the history of Salekhard begins. Nowadays, it is a historical and architectural complex which features the old fortress recreated. The structure was rebuilt without a single nail according to the 400-year-old technique.

Today's Obdorsky jail is comprised of the Nikolskaya tower, a tower for gatherings, a gate tower, 2 defensive ('blank') towers, a voivode's house, a monument to founders of the jail and a church in honour of Joy of All Who Sorrow, the icon depicting Theotokos. The territory is enclosed with a wooden palisade just like in the old days.

6. Taking a tour of the Dead Road.

This is how legendary Construction No. 501 of a railroad on the route Choum – Salekhard – Igarka is referred to as. It was launched in the 1940s despite expert warnings that construction in the permafrost environment and in a total absence of infrastructure could not be a success. Nevertheless, the construction was agreed to. Two groups of constructors, who were Gulag prisoners, were proceeding from Igarka and Salekhard towards each other.

Eventually, the expert warnings proved true: the railroad got exhausted before the end of the construction. Only for a little while, a short and minor section of its Yamal part was working. By now, the mere 52-metre-long stretch has preserved.

There are many memorable objects on Yamal which are related to Construction No. 501. And they all are worth visiting.

7. Paying a call on Anna Nerkagi.

Anna Nerkagi is a Nenets writer. For many years, she has been living in a traditional-type choum camp called Land of Hope in the foothills of the Arctic Urals with her husband and 30 children (both their own and adopted ones). Each year, Anna Nerkagi runs an Orthodox Christian campsite for children from different regions of Russia. Within the camp, a church of Archangel Michael, the only one in Arctic Ural, and a heritage museum were opened. There are many nice spots around the camp to enjoy natural landscapes and rare species of wild animals. One these spots is the Gornokhadatinsky reserve. Another one is an ancient settlement Sikhirtia arguably founded by the mythical people mentioned above. So, as you can see a visit to Anna Nerkagi may get quite eventful.

8. Going to a Natural and ethnographic complex of the Gornoknyazevsk settlement.

The natural and ethnographic complex is located in the Priuralsky District of the region. It is an open-air museum dedicated to the quaint history and culture of the small peoples of the North: the Nenets, the Khanty and the Komi. Here, you can view original household items and lodgings of reindeer herders, learn about native northern peoples' customs and cuisine and take part in traditional celebrations and ceremonies.

These white crane birds are endemic in no more than four regions of Russia. There are separated populations: the western one in Arkhangelsk Region, the Komi Republic, Yamalo-Nenets Autonomous Region, and the eastern one in the north of Yakutia.

On the Yamal Peninsula, these critically endangered birds can be found in the Kunovatsky reserve in the Shuryshkarsky District.

A special programme for Siberian crane recruitment called Flight of Hope is currently effective in the region. The western population of Siberian crane comprises merely a couple of dozens of birds. Under the recruitment programme, young birds are at first bred in nurseries and then released into the wild. Piloted light aircraft guide uninitiated young birds to their winter quarters helping them settle into the new environment.

10. Ascending the Glacier of Romantics. 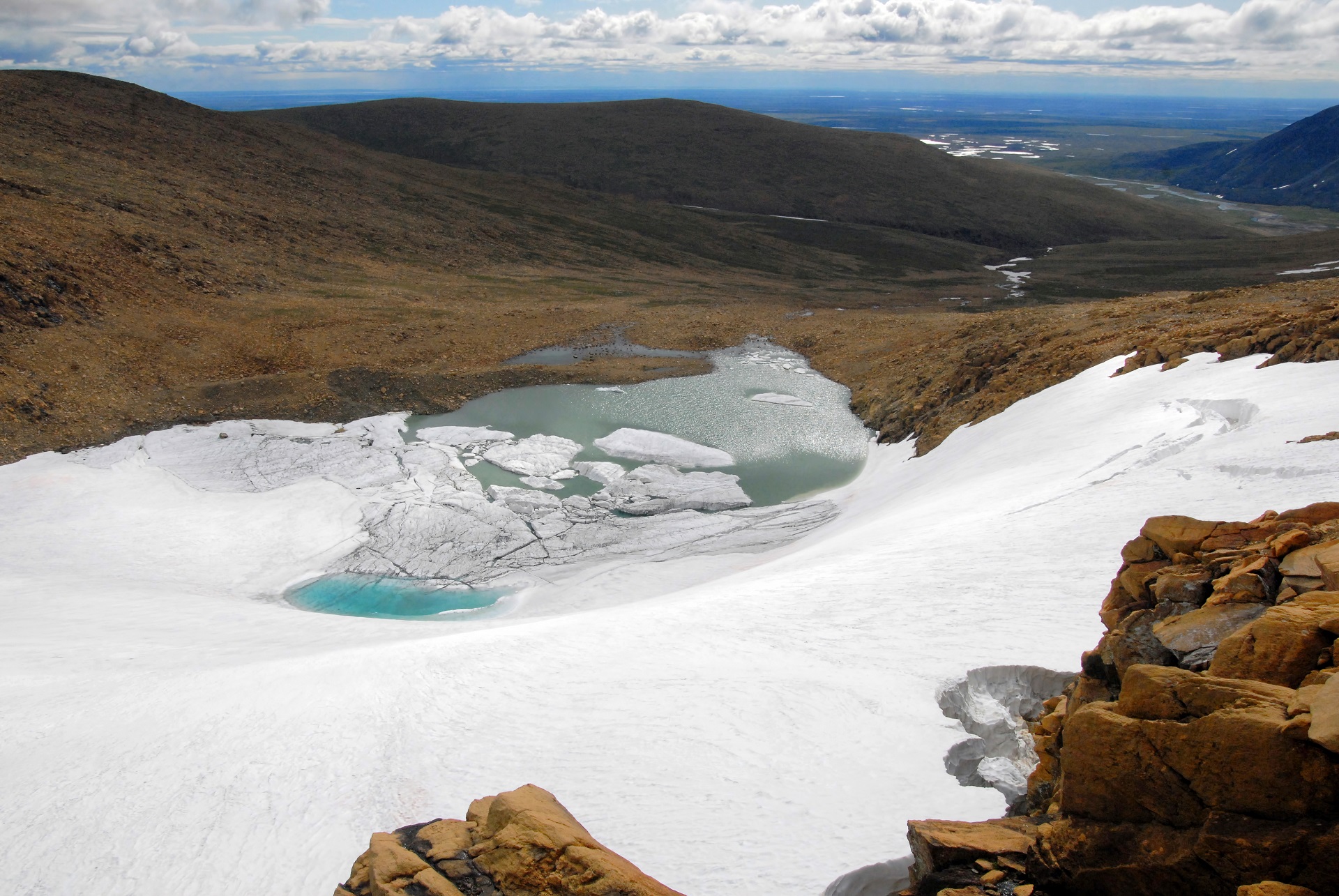 Finally, here's something for extreme tourism enthusiasts. Or rather active tourism, at least. Ascent of the Glacier of Romantics is a weekend tour.

The first part is a 6-kilometre-long hike to the top of the Ray-Iz mountain range where the glacier is located. After that, you can enjoy viewing the finest landscapes surrounding the mountain. The ascent is assisted by an experienced guide. Tourists will be informed of the necessary things to be worn and proper behaviour.