A Journey to the Arctic. Travel Tips The North is Calling

Things Travellers in the Arctic Should Know

Russia saw a surge in interest in Arctic tourism in the 1930s, which coincided with the active exploration of the North, a time when the names of courageous polar explorers were on everyone's lips. For the following several decades, the Arctic was largely perceived as a 'special purpose area', a playground for industrial, military and scientific interests. It was only in the 2000s that people started talking about the revival of Arctic tourism in Russia.

Today, there are Arctic tours that cater to absolutely all types of travellers, be it extreme sports enthusiast, fans of comfortable cruises or those interested in science, the Northern environment, its history and ethnography.

The Arctic: Picking a Tour

Here are some of the most popular travel destinations in the Arctic. There might even be something for you in this list.

Today, there are several dozens of cruises across the Arctic seas, varying in duration and complexity and designed for people with all kinds of income.

The longest cruise is the one along the Northern Sea Route, travelling from Murmansk to Anadyr or vice versa. During the 27-day cruise, the ship crosses all the seas of the Arctic Ocean. Tourists will also be able to go ashore at several Arctic islands and beaches. Moreover, the cruise programme includes popular science lectures, themed film screenings and more. 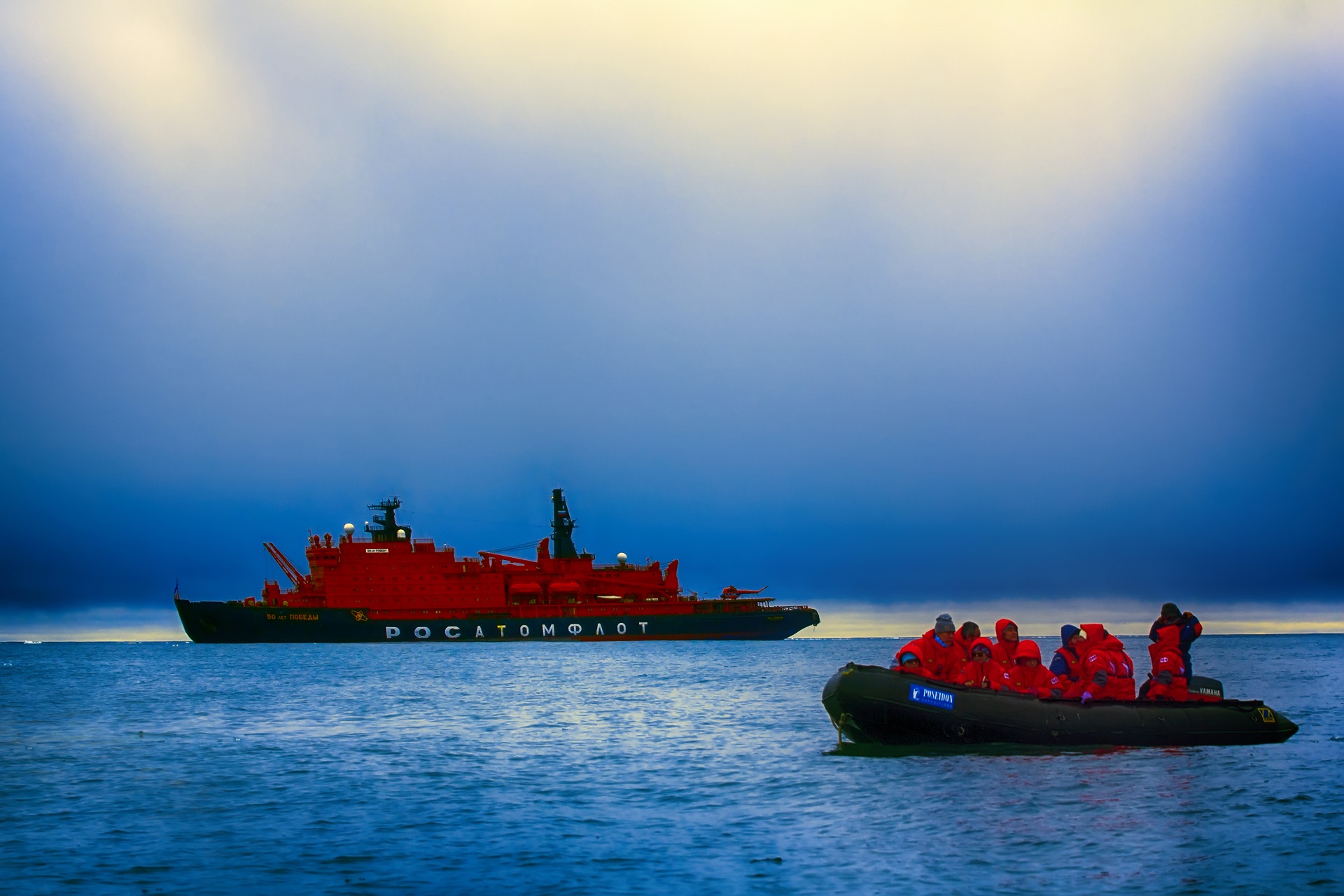 You might want to try yet another exciting journey, taking an icebreaker to the North Pole. The 13-day tour aboard the nuclear icebreaker named 50 Let Pobedy (50 Years of Victory) starts from Murmansk. The cruise includes a visit to the Franz Josef Land islands and the legendary Tikhaya Bay polar station, eventually reaching the very 'top' of the World. Tourists will be able to disembark at the exact North Pole. There, you can use satellite communication to call friends and boast your great feat. You can even take a plunge in a hole in the ice at the Pole!

Also starting from Murmansk, the 9-day cruise called The Secrets of the White Sea is dedicated to the history of the settlements that lie along the coast.

Ancient artefacts, medieval monasteries, traditional villages, reindeer herding camps and GULAG museums are all there for the tourists to enjoy on this journey.

There are also cruises that go to the Eastern Arctic seas. Oftentimes, tours incorporate the rivers that flow into these seas, which are extremely hard to navigate due to their unique ice conditions. One cruise along the Yenisei River and into the Kara Sea is worth noting, it's named after its route, Dikson–the Putorana Plateau–Dudinka–Yeniseysk–Krasnoyarsk. Besides the ship, you will be travelling by helicopter and all-terrain vehicle.

One of the most famous and popular cruises in the Chukchi Sea goes to the wildlife sanctuary on Wrangel Island, dubbed the homeland of polar bears, from which the cruise gets its name. The purpose of a cruise by such a name isn't hard to guess, it's all about getting to know the wildlife of the Arctic, including bears, walruses, whales, muskoxen and birds.

In fact, speaking about Arctic tourism, it is hard to distinguish between its various types as they are all interconnected. The journey to Wrangel Island, for instance, is not just a cruise but also a chance to observe rare species of whales (there are special tours dedicated to this amazing activity as well). The journey along the Yenisei River and into the Kara Sea can be compared to a separate tour to the Putorana Plateau. If you take the long journey across the Barents and the White seas in May – June, you will be able to enjoy the beauty of the white nights. And if you go to these places in autumn, winter or spring, be sure to check out the northern lights 'hunting' tours. 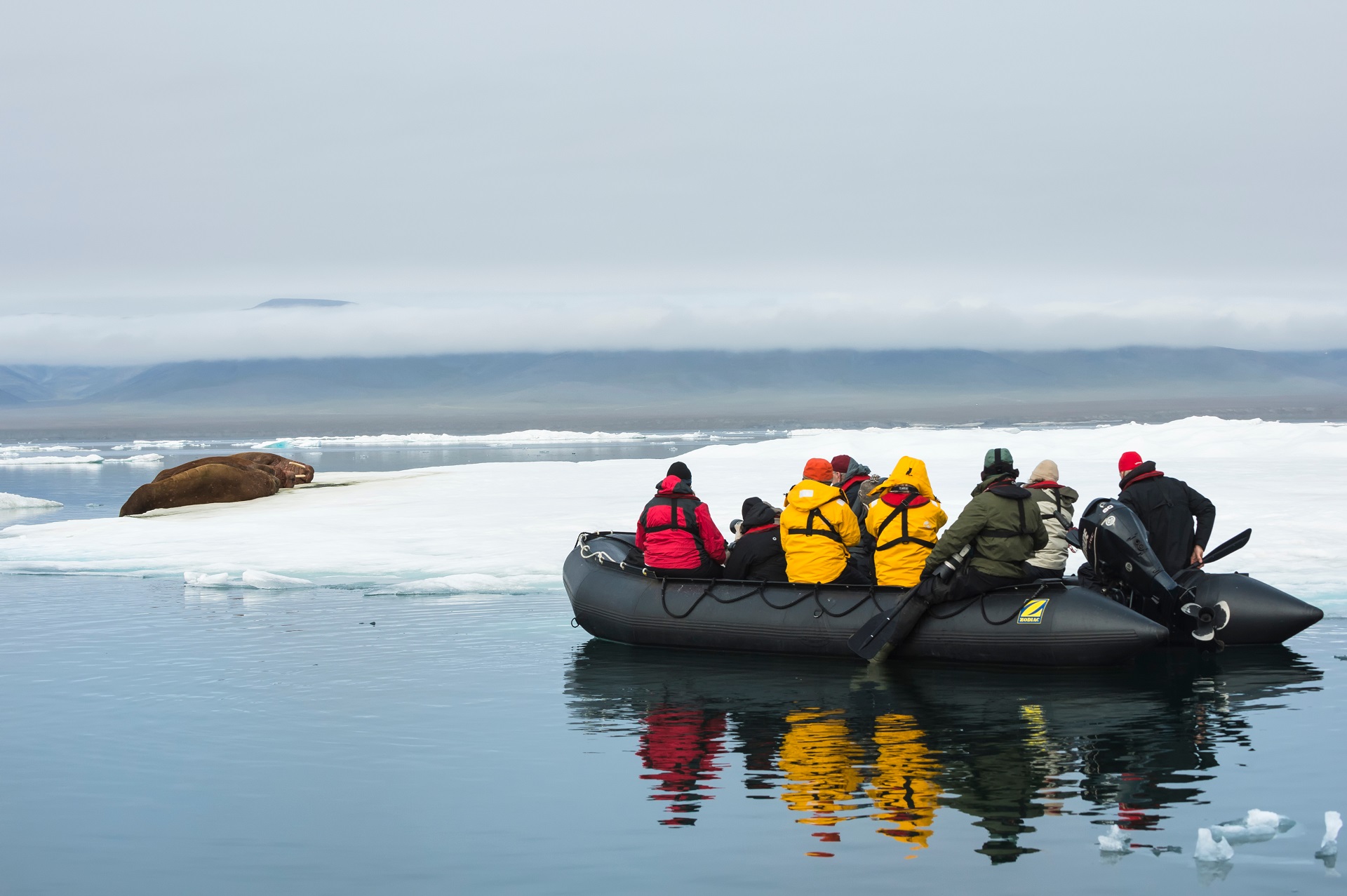 Any tourist would be interested in joining a trip to the northern nature reserves, such as the Russian Arctic National Park, comprising some of the Novaya Zemlya islands and the Franz Josef Land sanctuary, the Putoransky State Nature Reserve and Tunguska Nature Reserve in the Evenkiysky District, the Lapland Nature Reserve in Murmansk Region and others.

Fans of extreme adventures will also find something to occupy themselves within the Arctic. There are special tours that include long skiing trips along the shores of the Arctic Ocean, multiple-day thousands-of-kilometres-long dog-sledging trips in the North of Yakutia, glacier ascents, parachuting over the North Pole, ice diving, winter surfing in the northern seas and much more.

Many still mistakenly think of the Far North as a desolate ice desert. Yet, this is a region with a great history. Tours dedicated to the ancient Sámi people, medieval Pomors, the centuries-old tradition of seafaring in Russia, places of military glory and the Soviet exploration of the Arctic are a testimony to that. 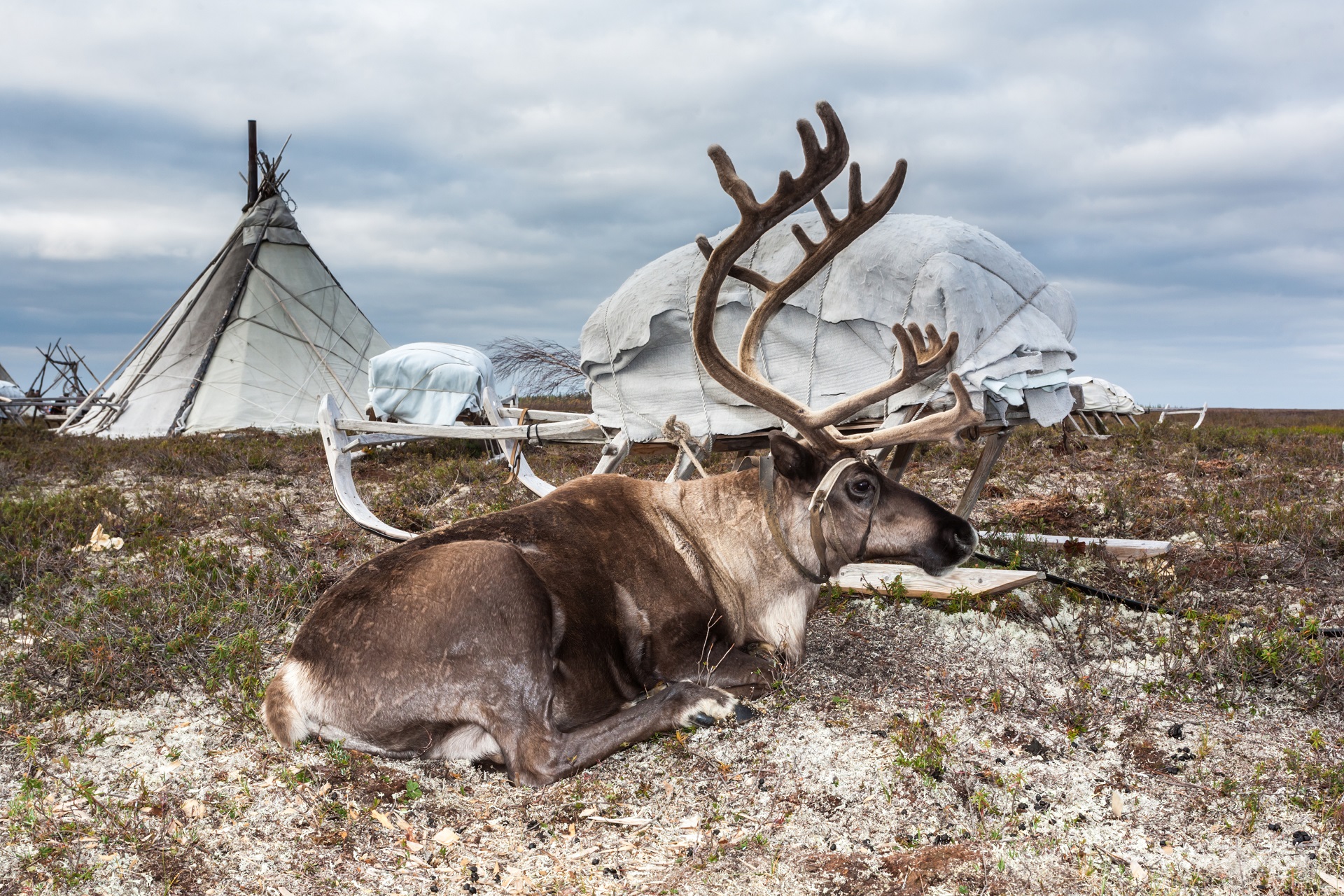 When travelling in the Far North, you can visit ethnic villages, such as the Sámi village Sam Syyt, and become acquainted with the traditional lifestyle and ancient rituals of the Sámi. You can also travel to one of the reindeer herding camps on the Yamal Peninsula and experience a nomadic lifestyle. Or go to the North of Krasnoyarsk Krai in June to celebrate the Evenki New Year.

In short, the Far North is both vast and incredibly multifaceted: here everyone can find a journey to their liking.

However, knowing how to behave on your Arctic trip is just as important as enjoying it. The North is unforgiving.

Staying safe and doing no harm to the northern lands and their inhabitants are the two main rules that every traveller in the Arctic should follow. Today, there is hardly any 'wild' tourism in the Arctic, for obvious reasons; tourists are accompanied by experienced guides after being given a mandatory briefing. Nevertheless, everyone going to the Far North should be aware of certain important things.

Heading up to the Arctic, bear in mind that the Russian Arctic islands as well as many areas of Murmansk, Arkhangelsk and Magadan regions, Nenets, Yamalo-Nenets and Chukotka autonomous regions, Krasnoyarsk Krai and the Republic of Sakha are all considered to be border zones. While you only need your passport to travel anywhere up to the security zone that stretches 5-kilometres from the state border, entering it will require a special permit. So, make sure to check in advance whether you need one for your journey.

Staying Connected in the Arctic

Dress for the Weather

In a polar climate, the average annual temperature is below zero, so you should be prepared for extreme changes in temperature, strong winds and snowfall, even in summer. In winter, most Arctic regions regularly experience temperatures up to 60°C below zero and very strong winds.

So, you'd better dress for the weather. However, your warm clothes should not be heavy, as it is important to be able to move easily. The key to keeping warm is layering your clothing: putting on several light items is better than wearing a single heavy and bulky garment.

Footwear should always be water-resistant, no matter the season in which you take your journey. You may need a hat and gloves even in summer.

Thermal underwear and cosy quick-drying fleece sweatshirts are indispensable when travelling in the North; you will also need several pairs of woollen socks.

Read our piece with more tips on what to take with you on a trip to the Arctic "What Does One Need to Conquer the Russian North?"

If your journey involves travelling at high speed (think ATVs, snowmobiles, skiing, dog sledging, etc), you should wear windproof clothing and protect your face with a balaclava.

Other Things to Pack

When hiking or going on a boat trip, bring along a sleeping bag rated for the extreme cold, a thick waterproof mat, a special sitting mat designed for camping, a headlamp, insect repellent, allergy medicines, first aid gels, sunglasses and thick moisturising cream for the hands and face.

Eating in the Arctic

The North is not the place to flirt with trendy diets, particularly when rafting, hiking, etc. as opposed to taking a cruise ship with all the amenities. There are very few overweight people among the Northern indigenous peoples, and yet their diet is high in calories and often very high in fat: such food best protects against the cold.

Those who are not used to it will have troubles switching to the northern diet. However, we would recommend keeping a chocolate bar or 300 grams of sweets at hand to give yourself an energy boost when needed.

Although there are special wildlife watching tours to spot creatures of both the Arctic land and sea, including whales, walruses and polar bears, you should be extremely careful with these animals even if there is an entire squad of guides by your side.

Most of the time, victims of bear attacks had only themselves to blame. For instance, depositing food waste right in your campsite will certainly attract these creatures. If you encounter a bear, do not try to run away, as it may trigger its predatory instincts.

Do not come too close to it either, e.g. to take a photo: even a seemingly docile animal may all of a sudden become unexpectedly aggressive.

As for walruses, who are extraordinarily timid animals, you should keep at least 150 metres away from their rookeries on land, or 500 metres from them when at sea. By the way, in an attempt to defend itself, a scared walrus may swim up to the boat and turn it upside down or, if it's an inflatable boat, puncture it with its tusk. So better not to risk it. 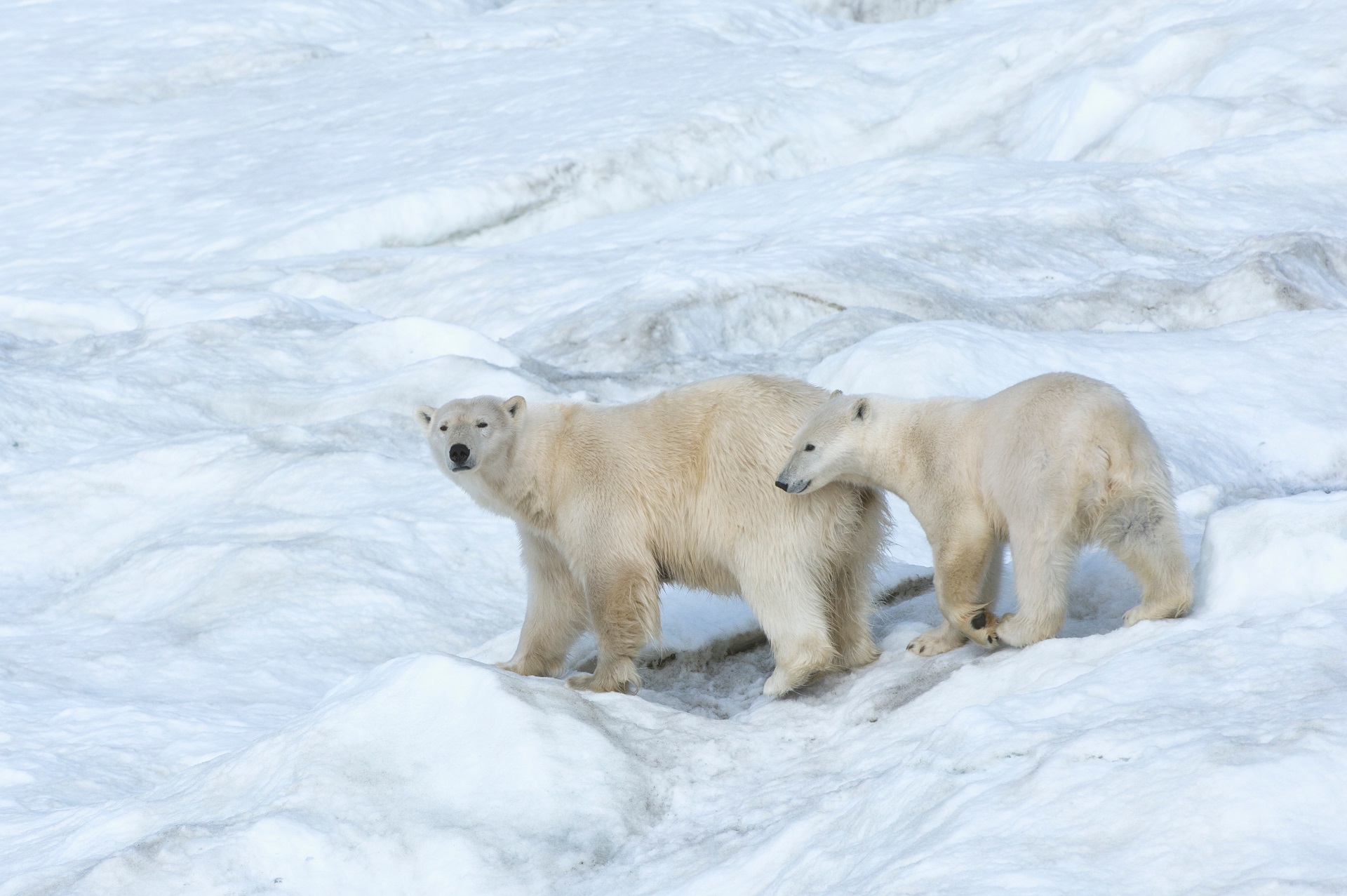 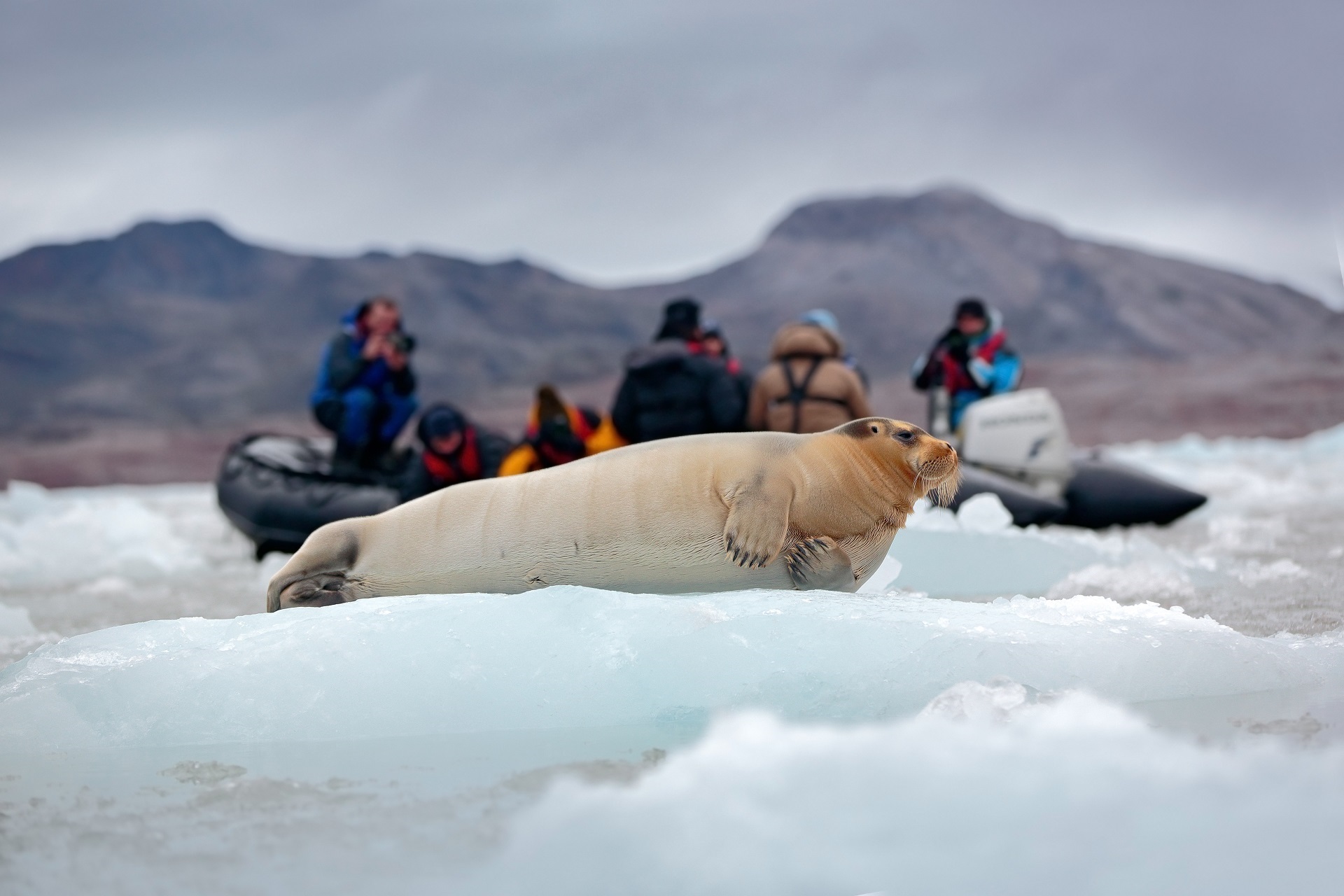 It is also recommended to avoid coming too close even to small and seemingly harmless animals. Many are moved by the sight of the Arctic and red foxes that can now often be seen in the settlements. However, you should keep in mind that if a wild animal comes toward people without any fear, there is most probably something wrong with it. Abnormal behaviour in animals may be a sign of rabies.

The Arctic nature is both tough and fragile. Although easy to destroy, the northern ecosystems can take decades to recover. If they ever recover at all... That is why everyone travelling in the Arctic should obey certain rules. 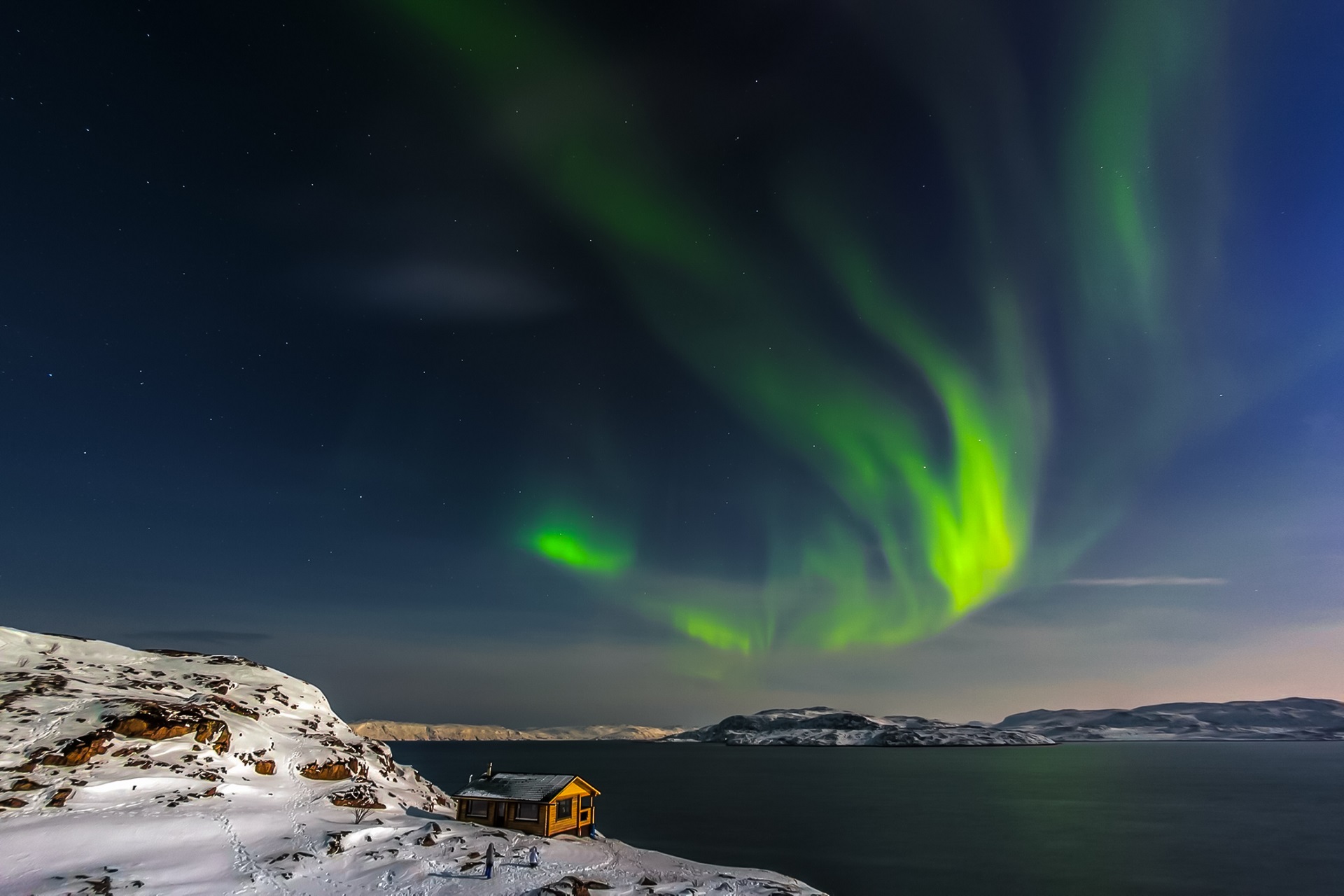 Avoid using all-terrain vehicles, snowmobiles, mini tractors or any such vehicles in the tundra, as they can damage the permafrost soils.

Most Arctic nature reserves will only allow organised tours with a trained guide, and all their excursions keep to groomed eco-trails. Do not violate this order!

Leaving any sort of waste in the Arctic is strictly prohibited. Should you have any, take it with you.