The best spots to hunt for the northern lights

The northern lights are considered to be one of the symbols of the Arctic. At least, that's how the inhabitants of the North perceive it. Meanwhile, there are also the southern lights that can be observed at latitudes close to the Antarctic. So, rather than northern, it would be more accurate to call them polar lights, as this natural phenomenon occurs at latitudes between 67° and 70° north and south, i.e., around both apexes of our planet. A surge in solar activity can cause polar lights to occur 20°–25° beyond these regions.

When we are young, we take this celestial light show for magic, as if the Snow Queen herself conjured up these multi-coloured waves, zigzags, arcs, coronas, rays and flashes—the most common 'patterns' of the northern lights. But the polar lights are obviously pure physics. 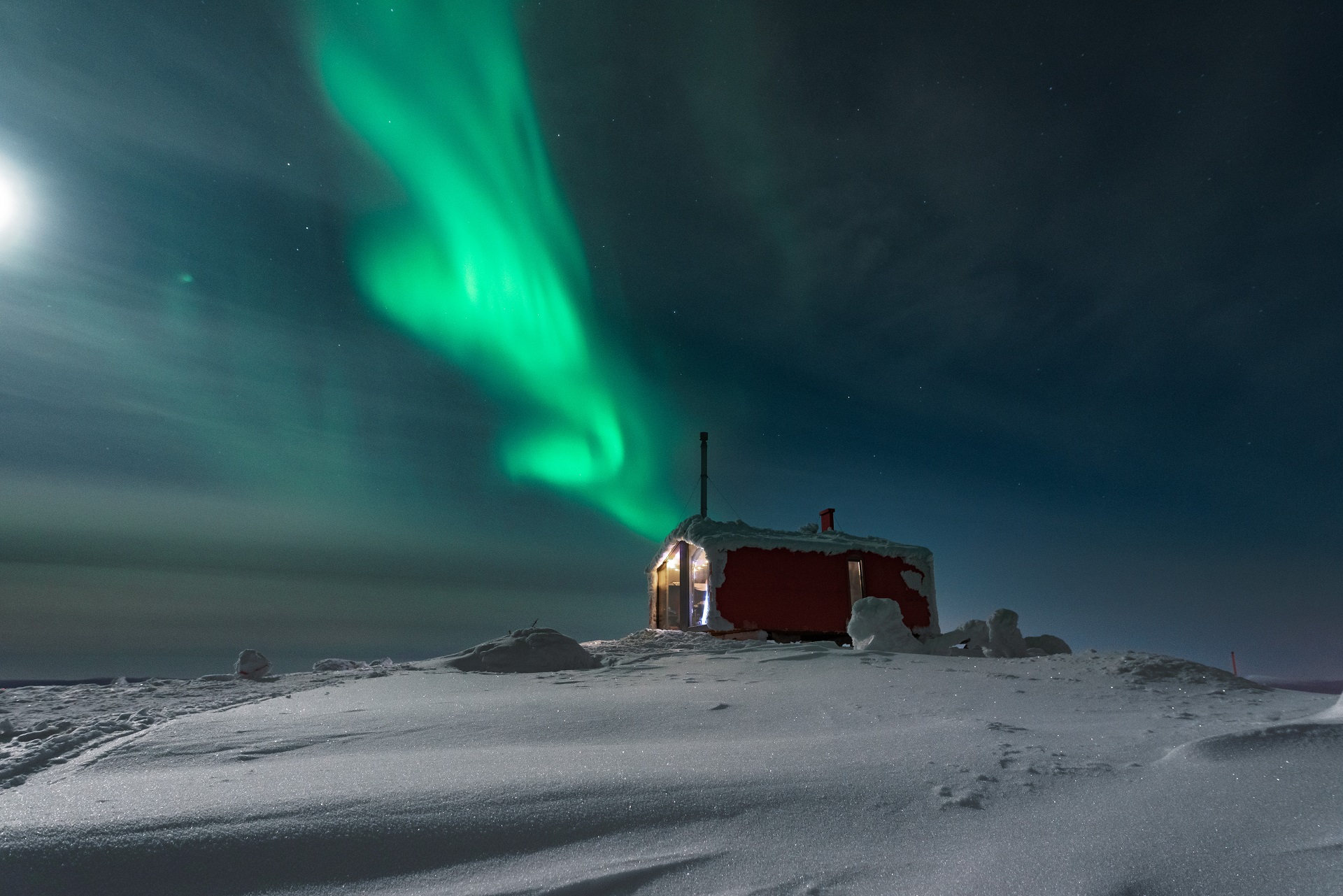 The phenomenon is caused by the glowing of the upper atmosphere as it interacts with the solar wind. Energetic particles of the plasma stratum precipitate into the upper atmosphere, resulting in excitation of its atoms and molecules, which looks like 'the dancing fires of heaven' from the surface of the Earth.

By the way, the energy released is comparable to an earthquake of a 5.5 magnitude. The colour of polar lights, or rather how we perceive them from Earth, depends on the altitude: when occurring 200–400 km above the ground, the glowing (of oxygen) appears to be green or yellow, while at about a 100-km height, the combined glowing of oxygen and nitrogen produces red and violet hues.

Those who value the beauty of this phenomenon over dry facts head on to places where polar lights can be observed best. 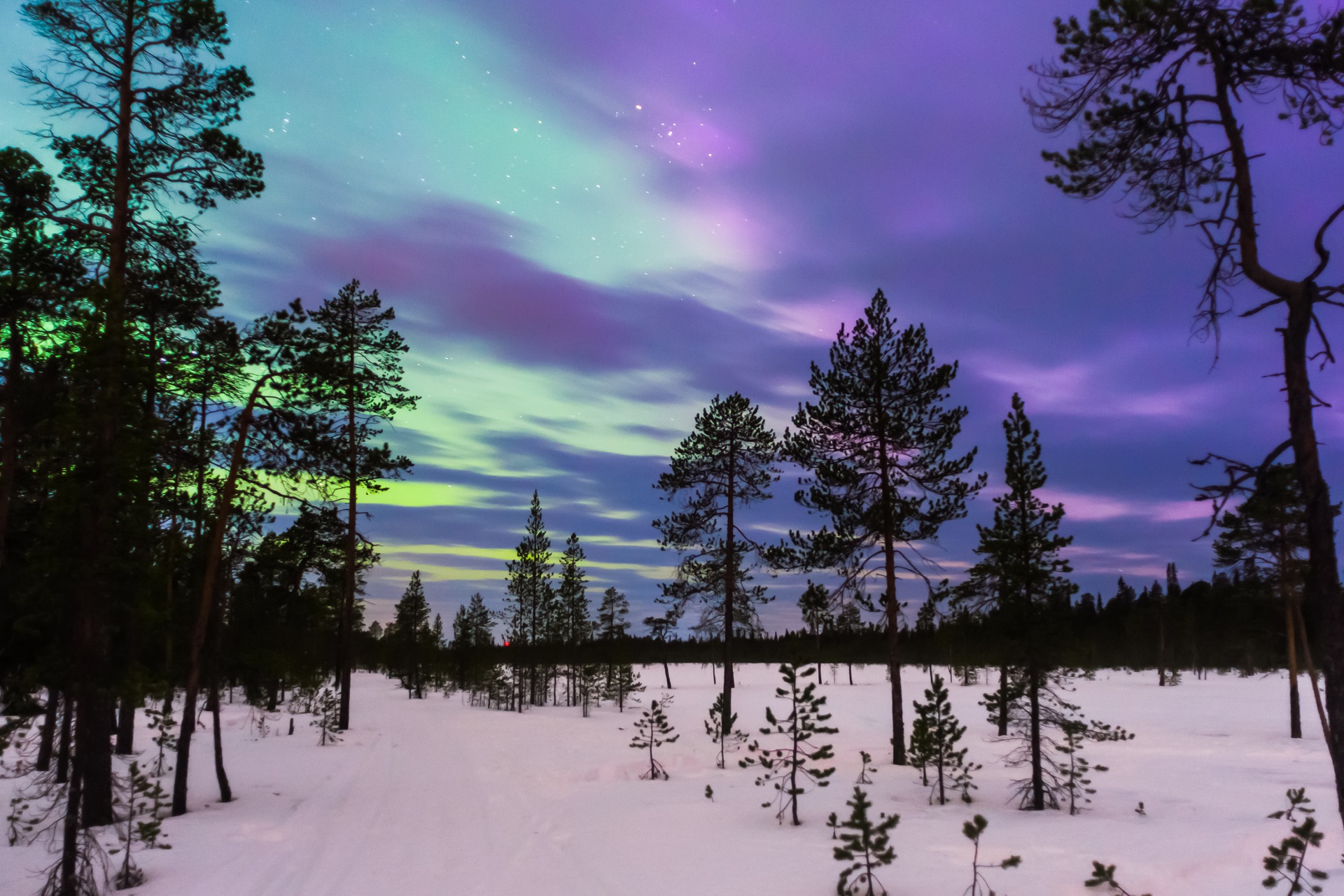 In Russia, these are thought to include Murmansk Region, particularly the Khibiny Massif, Teriberka, Vidyayevo and Pechenga; the Komi Republic, above all Vorkuta, and the North of Krasnoyarsk Krai, especially Khatanga village, among others. Outside Russia, the best spots are Fairbanks in the USA, Yellowknife in Canada, Reykjavík in Iceland, Ivalo in Finland, and Kiruna in Sweden. But why these places? In order to enjoy polar lights in their full glory in a given place, a number of prerequisites should be met. First, the further north you go, the better they can be seen. Second, the ideal viewing grounds should be located 50–70 km away from big cities and 5–10 km away from villages to avoid interference from electric lights.

There are more prerequisites for observing the polar lights. The weather should be fair and the index of geomagnetic activity, or K-index, should be relatively high. The K-index ranges between 1 and 9, and in order to see the polar lights, this indicator should be no less than 4 or 5. K-index data is available on the websites of observatories and research centres.

There is also a special app for smartphones. Besides, a good travel agency offering 'a hunt for the northern lights' (which is exactly what one of the tours offered in Murmansk Region is called) will certainly monitor these factors and make the proper evaluations to ensure an especially successful trip. Tours normally take 3–4 days and should fall within a period in which the K-index is adequately high.

The 'hunting season' for northern lights lasts from autumn to May. Spring and summer are believed to be better for observation than winter.

Polar lights most often occur around the spring and autumn equinoxes, i.e., 21 March and 22 September.

This is the time when 'hunting for the northern lights' tours are held.

Instead of tour guides, they are often hosted by professional photographers who have shot this fascinating natural phenomenon multiple times and know everything about them, or by researchers or local historians who have also enjoyed polar lights many times in their lives.