'Silver Necklace': Miracles of the North

The tourist project 'Silver Necklace of Russia' (named by analogy with the well-known 'Golden Ring') was developed quite recently: the idea had emerged in 2012, after several years of working on the concept of the project and the tours included in it, the first travellers eventually started off on routes of the 'Silver Necklace' in 2017.

The 'Silver Necklace' routes cross 11 regions of northwest Russia: Saint Petersburg, Leningrad, Arkhangelsk, Vologda, Kaliningrad, Murmansk, Pskov, Novgorod Regions, the Republic of Karelia and the Komi Republic, the Nenets Autonomous Region. The number of individual communities included is so huge it can no longer be calculated. By now, over 50 tour operators have become partners of the project and have developed about 200 routes under the project. A great diversity of overview tours dedicated to one curious subject and an individual community and including travelling to several neighbouring regions.

Here is what you can see in the Arctic regions included in the 'Silver Necklace of Russia'.

The 'Silver Necklace of Russia' project in the region covers its capital, the Solovetsky Islands, the Onega River and the village of Malye Korely in the Primorsky District of the region, where the museum of wooden architecture is located.

A large seaport is first of all a large commercial city. The oldest buildings in the city are Merchant Houses, architectural monuments of the 17th century, have been preserved in Arkhangelsk to this day.

Tourists will be offered to explore the historical sights of Arkhangelsk. However, you can go to the branded tour 'Arkhangelsk: the Arctic Begins Here' included in the 'Silver Necklace'. A 3-day trip covers the route Arkhangelsk – Severodvinsk – White Sea – Malye Korely – Arkhangelsk. Its first day is completely dedicated to Arkhangelsk and its sights: ancient buildings, monuments, museums, first of all, the Northern Maritime Museum. After that, tourists will visit Severodvinsk, Russian centre of underwater shipbuilding, the Yagry island in the White Sea and, finally, the largest open-air museum in Russia, Museum of Wooden Architecture and Folk Art 'Malye Korely' with its amazing high log huts, wooden churches, windmills, farmsteads that recreate the way of life of the Pomors.

One more spectacular tour is 'Getting to know the Russian North' covering the route Arkhangelsk – the Golubino village (Pinezhsky district) – Arkhangelsk. Pinezhsky District has preserved villages to this day where you can see 100-year-old Pomor house-ships, learn about ancient customs and rituals, and try northern cuisine. The Golubino settlement is one of these. 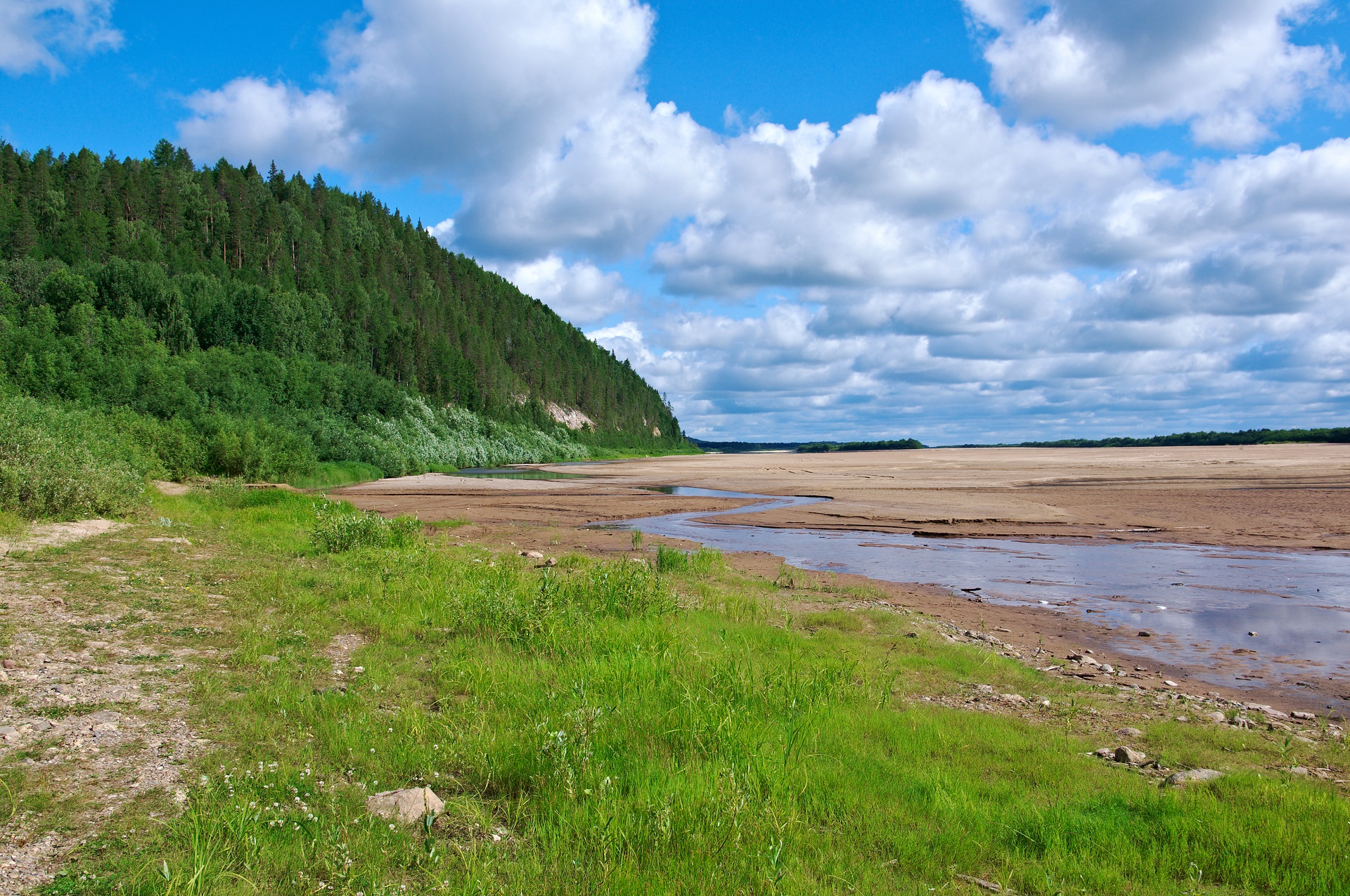 We have also developed a tour of one more unique place. It is the Kariepolye village in the Pinezhsky District. On the trip, you can get to know the reindeer herders and their way of life, spend the night in a traditional hut and ride a reindeer-pulled sleigh. 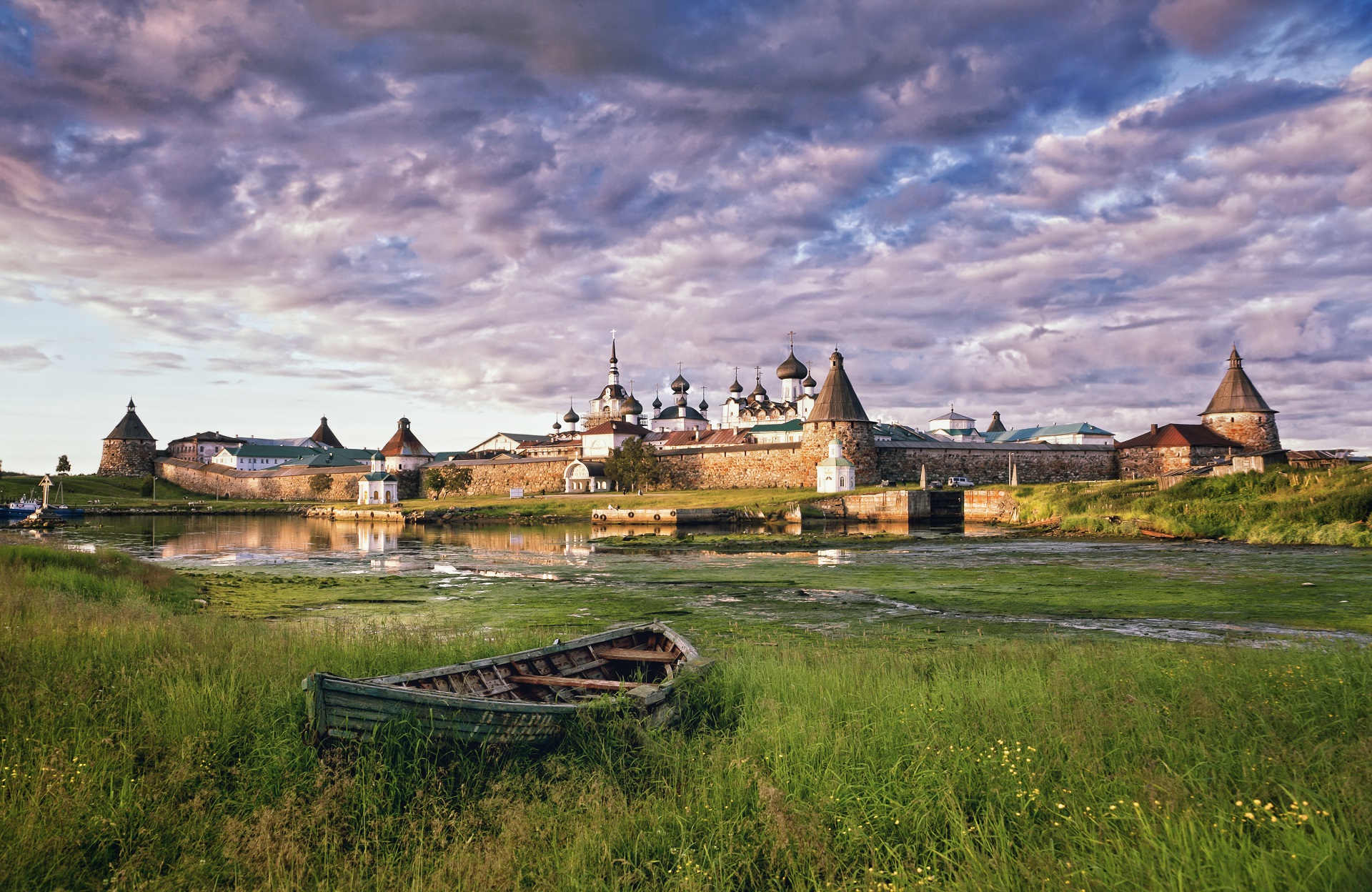 And, of course, you cannot leave the Arkhangelsk region without having visited the Solovetsky Islands. The local Spaso-Preobrazhensky Solovetsky Monastery was founded in the 1430s. Nowadays, it is a UNESCO World Heritage Site.

Solovki also holds memorable places associated with the modern era: in the first half of the 20th century, there was a forced labour camp here. Reminders of that dark era and its victims have survived on the Solovetsky Islands to this day. Unfortunately, as museum exhibits.

In the region, the route 'Silver Necklace' includes Murmansk itself, the Rybachy and Sredny peninsulas, Lovozero with a traditional Sámi ethno-village, the city of Apatity, where the mineralogy museum is located, the Seydyavvr nature reserve, the city of Severomorsk, the villages of Umba, Teriberka and other curious sites.

In Murmansk, Severomorsk, on the Rybachy and Sredny peninsulas, tourists will, first of all, visit the memorials of history and military glory. In Murmansk, it is the Lenin icebreaker-museum and memorials to war heroes. In Severomorsk, these are the Museum of the Northern Fleet, on the Rybachy and Sredny peninsulas, these are the Valley of Glory, a memorial to the defenders of the Soviet Arctic; fortification 'Iron Helmet', military defence memorial and defence line of the Musta Tunturi ridge.

But tourists choose them due to their magnificent landscapes. There is a natural reserve 'Rybachy and Sredny Peninsulas' with amazing rocks, waterfalls, lakes, northern plants...

The neighbouring peninsulas have one more unique characteristic feature: they are the northernmost territory of the European part of Russia.

There is also a border zone here this is why you need a special permit to visit the peninsulas. But if you have one, you can see with your own eyes where the state border lies.

And, of course, you cannot come here and skip visiting places which hold traditions and rituals of natives: the Sámi and the Pomors.

One of these places is the Seydyavvr nature reserve Its major highlight is Lake Seydozero, iconic place of unique beauty holding an unrivalled number of artefacts in the Lovozero tundra. The amazing wildlife of Seydjavvr is intertwined with ancient myths and beliefs of the Sámi. Each stone, water body or tree have their own history, legend and living spirit.

The Sámi living in the Murmansk region do a lot preserve their original way of life, crafts and trades, language. Sámi's cultural life centres around the village of Lovozero. The 'Silver Necklace' includes ethnographic tours of the Sámi's customs, cuisine. On the tours, you can participate in a ritual, set up a choum with your own hands, and ride reindeer-pulled sleigh across the tundra. 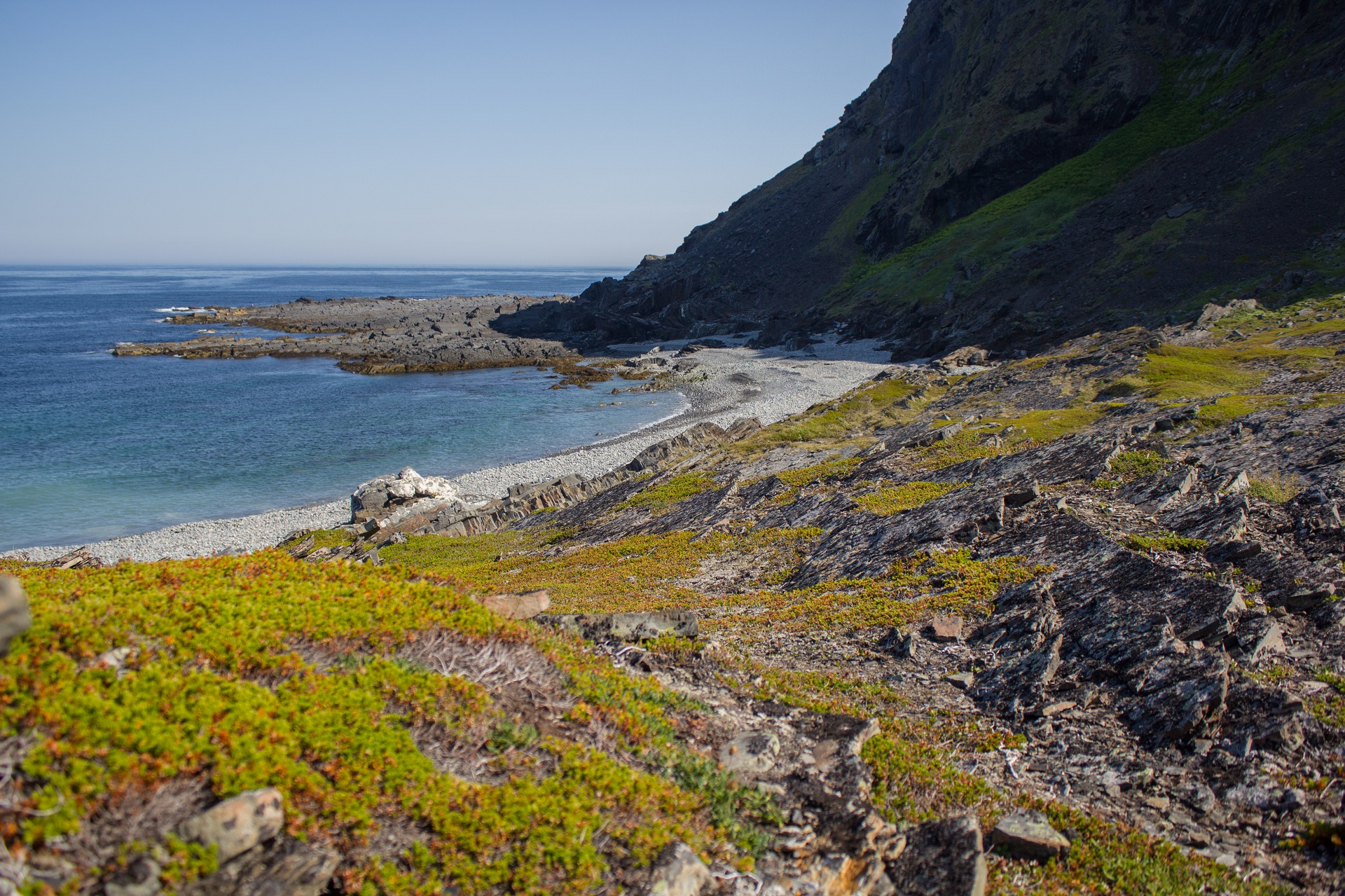 The Tersky and Kandalaksha Districts of the Murmansk region are traditionally inhabited by the Pomors, a small unique group of the Russian population of the White Sea coast. The major site representing Pomor culture and everyday life is the ancient village of Umba. Tourists can settle in old Pomor houses on the seashore and attend public celebrations. Fishing the way it was centuries ago.

Initially, the 'Silver Necklace' included two settlements in the Nenets Autonomous Region: Nelmin-Nos and Naryan-Mar (the administrative centre of the region), primarily due to their the ethnocultural complexes and reindeer herders' camps located there.

Naryan-Mar (translated from Nenets as 'Red City') is a unique site. The settlement is located in the Arctic Circle and is not connected to the mainland by any land transport. When navigation on the Pechora is active, it is connected to the mainland by ferry, and in the cold season, you need to wait until it becomes possible to equip a winter road.

The settlement 'cut off' from the mainland is absolutely unique, its architecture is extremely diverse. Here, you can see monuments of wooden architecture in the style of Russian tent-roofed temples and modern European buildings.

The major sights of Naryan-Mar are the Museum of Local Lore, the Epiphany Cathedral and, of course, the historical-cultural and landscape museum-reserve 'Pustozersk'. This was the name of the first Russian city in the Arctic, and the museum is dedicated to its history. From the Centre for Arctic Tourism in Naryan-Mar, you can start the 'An Dorova' tour: visit a genuine choum in the tundra, participate in Nenets rituals, and walk along the 'Deer Trail'. 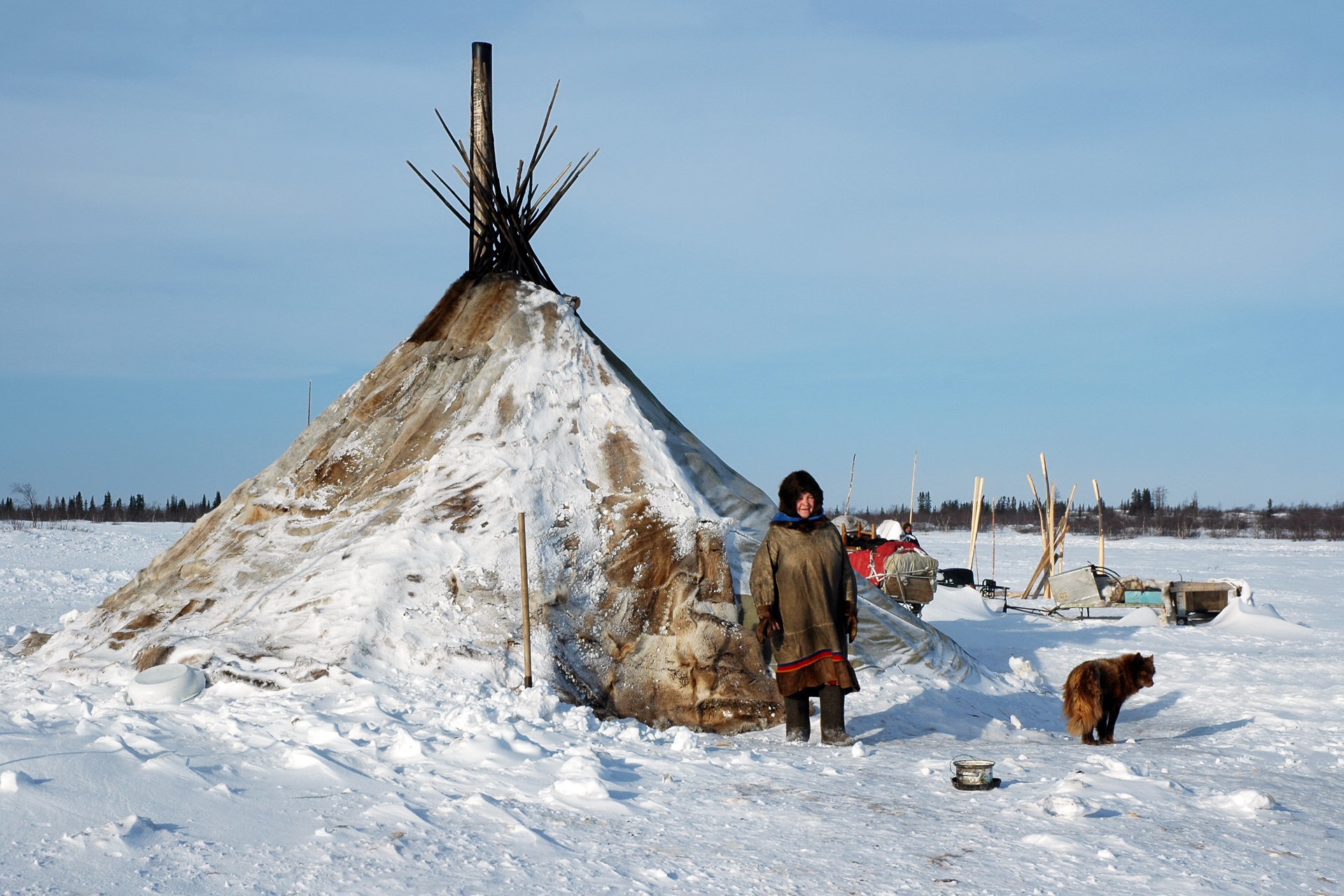 If you are interested in the customs of northern reindeer herders, you should definitely go to the village of Nelmin-Nos. This is one of the largest villages in the Arctic Circle. On the trip, you can live the life of a family of reindeer herders, visit the local ethnocultural centre and listen to performances by the Maymbava folklore ensemble.

Recently, more and more tours of the Nenets Autonomous Region are being developed for the 'Silver Necklace'. They include the ones for extreme tourism enthusiasts: for example, a snow safari on the tundra, a snowmobile tour to the Siera sopka, rafting on the Shapkina River or a walking trip of the glacier convergence points.