Seeing a whale is like catching sight of a creature from another world, mysterious and enigmatic. Whale watching, or observing whales in their natural habitat, is becoming increasingly popular around the world. You can also watch these giant sea creatures in the Russian Arctic. Here are the best places in the Far North to spot whales.

May is the surest time to see whales off the shores of the Kola Peninsula, e.g., from the village of Teriberka. You see, this is exactly when the cod spawning season starts there. It won't be long before prowling whales 'follow suit'. Getting out on the sea in May, you can spot numerous schools of sperm whales, rorquals, sometimes also bowhead whales, blue whales, narwhales, northern bottlenose whales and sei whales. In short, the lot! By the way, one of the tours offered from the Kola Peninsula around this time is called just that, 'Spying on Whales'.

The Solovetsky Islands are among the best places to watch beluga or white whales, one of the species of toothed whales. And the best spot to observe these snow-white giants on the islands is Beluzhy (Beluga) Cape. Every so often, the whales appear just 10–15 metres away from the Cape: here they are, in all their glory! The most frequent sightings of beluga whales occur in summer, at low tide.

It is worth noting that regardless of their imposing size, white whales are very cautious and even timid. So, before heading off whale 'spying', make sure to learn about the habits and behaviour of these sea creatures. There are not many whale watching tours set on the Solovetsky Islands yet, so you should probably ask the locals to show you the best spots.

But don't you think that an 'informal', 'unplanned' whale encounter might be even better? 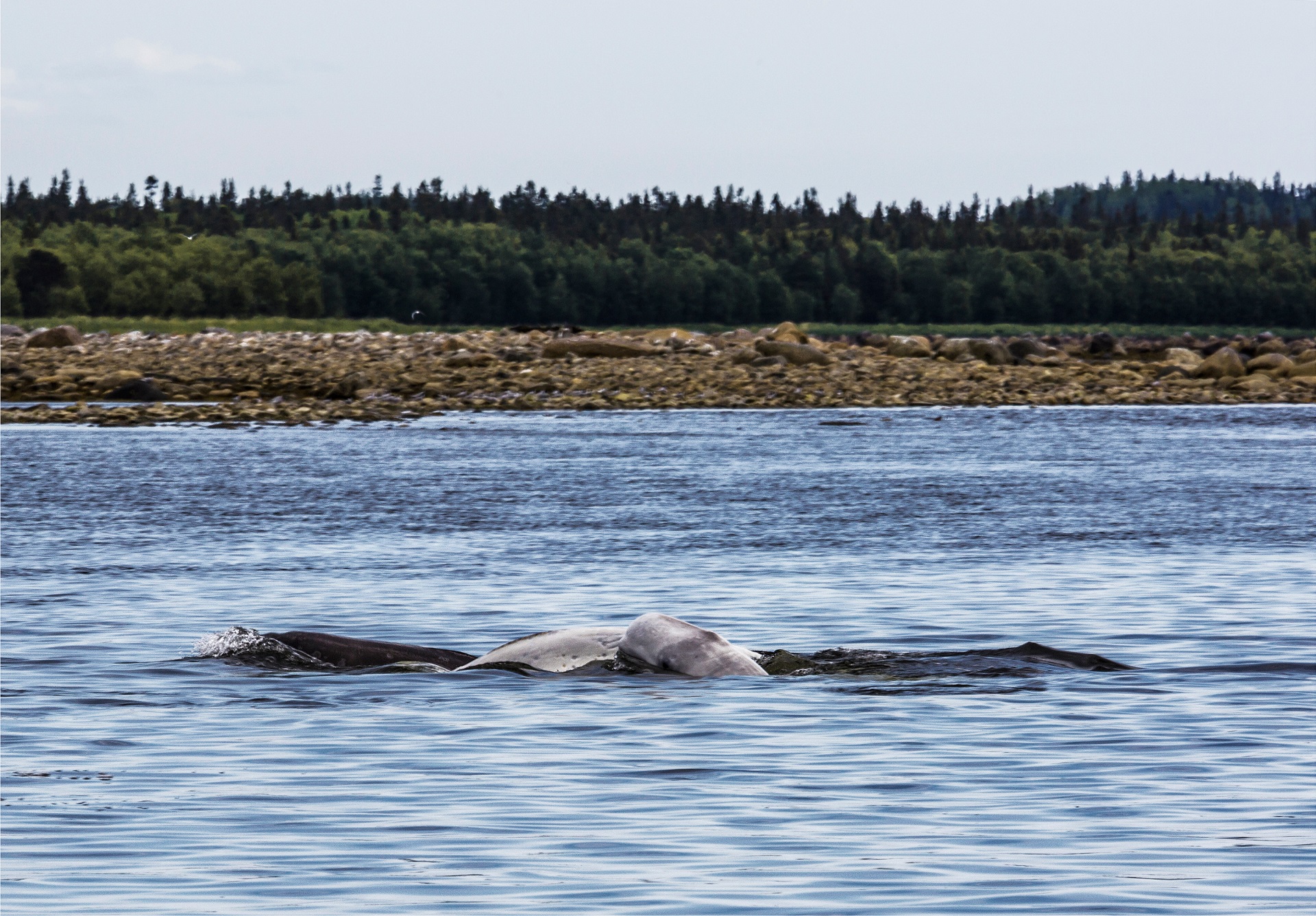 Wrangel and Herald islands in the Chukchi Sea, along with 12 nautical miles of water around them, constitute a nature reserve which has been added to UNESCO's World Heritage List. You can find fin whales, grey whales and bowhead whales in the surrounding waters.

These species are best observed from a boat. As you're leaving the Gulf of Anadyr, you can already spot dozens of white whales on the prowl for fish. Landing on Yttygran Island, you can then switch to a motorboat and set out in search of grey whales in particular. 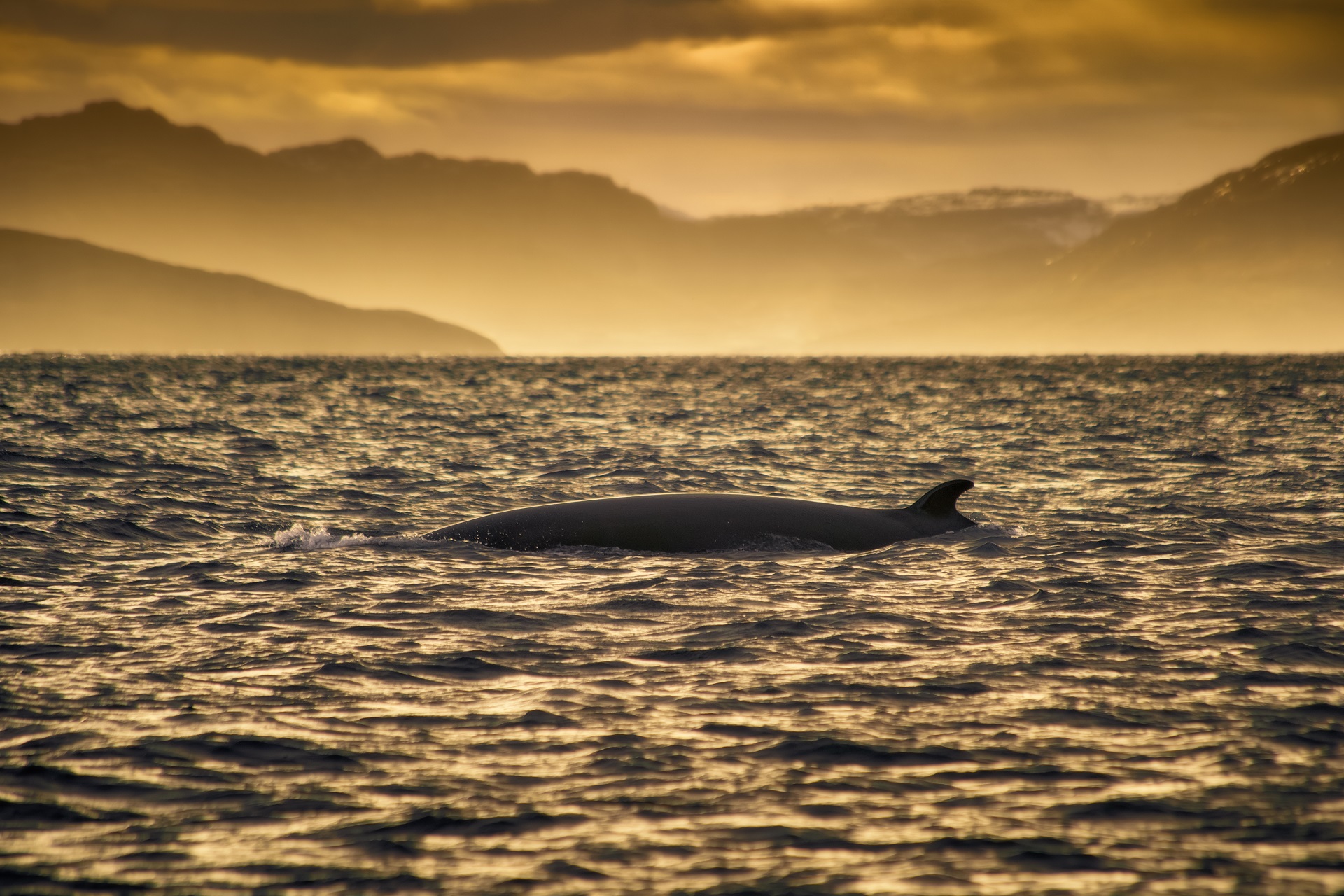 By the way, Yttygran Island houses the famous Whale Bone Alley made of whale bones and skulls. Having long lived off whale hunting, the indigenous peoples of the North nevertheless venerated them as sacred, never catching more than what was needed. By erecting this structure, they paid tribute to their source of sustenance. As we all know, whale hunting is now prohibited. But this unique relic of the past is definitely worth seeing.

In this area, you can also spot other rare species of land and sea animals, including the world's largest population of Pacific walruses, as well as polar bears, muskoxen and reindeer.

One of the most remote and hard-to-reach Arctic regions, the Franz Josef Land archipelago has been preserved in an almost pristine natural state, and the same is true for its unique wildlife. Its surrounding waters are home to beluga whales, as this is their summer range, and narwhales, a rare and endangered species.

Bowhead whales can also be seen around Franz Josef Land. As for spotting minke whales, the chances are particularly high when passing by Isfjorden by ship.

A sea voyage also offers the chance to see one of the world's largest walrus rookeries not to mention numerous colonies of birds, including guillemots, kittiwakes and ivory gulls.

And how about a whale-watching cruise?

A whale-watching voyage in the Arctic will take you to a number of places offering a great chance of spotting whales. One such cruise, for instance, visits three of Russia's northernmost and most hard-to-reach areas, including Severnaya Zemlya, Novaya Zemlya and Franz Josef Land, practically following in the footsteps of the protagonists of The Two Captains, a hugely popular Soviet novel by Veniamin Kaverin. Obviously, sighting whales from the boat is guaranteed!

And if you have time, you can join a cruise along the Northern Sea Route, travelling from Murmansk to Chukotka, or vice versa. It lasts 27 days. The journey also involves going ashore at some Arctic beaches and islands. And of course, there is a chance to see almost all whale species that can be found in Russia's northern seas.