The Arctic: As per Iconic Films

Where and how movies about the Arctic were shot

In the 1930s, the Arctic became one of the most popular subjects with filmmakers. It was the time of the early attempts in the exploration of the North when everyone knew the names of heroic polar explorers.

Over the years, the subject, comprising strong personalities, challenges and adventure, has still remained in demand.

Many films about the Arctic were made far from the North. For example, on a studio floor or some other warm place. Here, we are going to tell you about films that are fair and square: they are about the Arctic and they are made in the Arctic. 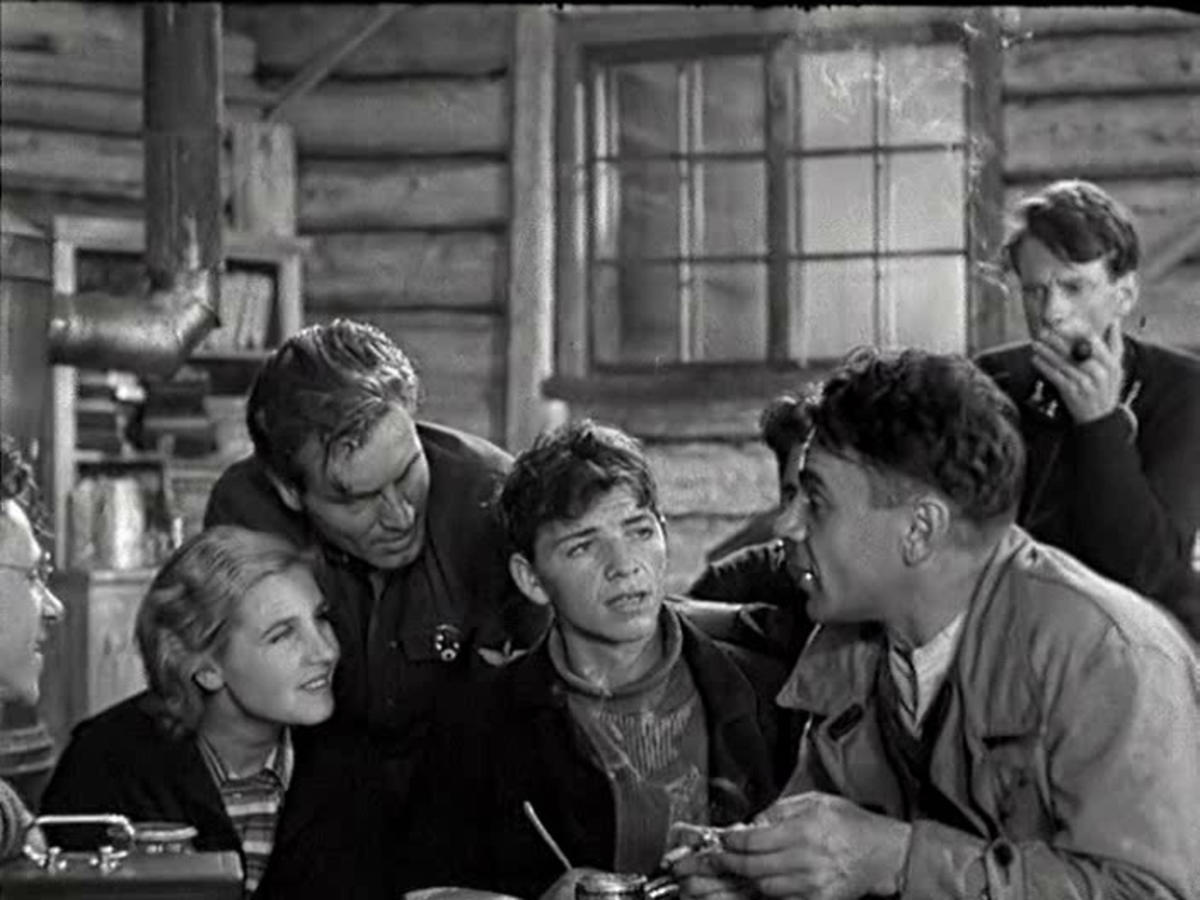 Seven Brave Men (1936) directed by Sergey Gerasimov gained enormous success and inspired many a young man to become researchers and explorers of the North. The film is well-received by young audiences too.

The plot is quite simple. An expedition of 6 men arrives at a polar station, the seventh one gets there illegally. The film is about challenges that brave explorers have to face and relations between them.

The film was shot at the genuine polar station in the Tikhaya Bay (Arkhangelsk Region, Hooker Island of the Franz Josef Land archipelago).

Nowadays, Tikhaya Bay being a part of Russian Arctic National Park is an ensemble comprising 16 premises of the polar hydrometeorological station. First of all, it is a historical site, a memorial of the industrial and scientific exploration of the Arctic in the USSR.

Chief of Chukotka (1967) directed by Vitaliy Melnikov is rightfully considered the classic of the Soviet filmmaking. Its plot is rather typical of the Soviet times: Komsomol member Alyosha Bychkov (performed by Mikhail Kononov) is commissioned to make northern people accept the revolution. He is hampered by a stiff crook Khramov (performed by Aleksey Gribov). Eventually, such an uncomplicated plot was turned into a lively, vivid and exciting adventure film. And, of course, it has a happy ending.

Chief of Chukotka was shot not at Chukotka. The shooting took place on the Kola Peninsula, on the shores of the Barents and White Seas, and in the... Crimea! However, the latter did not affect the accuracy of the environment displayed in the film.

The Red Tent (1969) directed by Mikhail Kalatozov became a highlight in the world of filmmaking in various terms.

First of all, it became the hugest international project at the time launched by Russian filmmakers. It features actors from multiple countries. The film had its world premiere in Rome.

In addition to that, it was a multi-star film: Donatas Banionis, Nikita Mikhalkov, Eduard Martsevich, Ennio de Concini (Italy) well-known by Russian audiences by the films Divorce Italian Style and La piovra, and Robert Bolt (England), winner of a great number of awards, including Oscar.

Many episodes were shot in the Arctic, namely Franz Josef Land near the Tikhaya Bay station.

Valentin Akkuratov, professional Arctic pilot, and an experienced bear hunter, whose name is now unknown were involved as advisors.

The film shoot was record-breaking: for the first time in the history of filmmaking, actors (Vannucchi, Banionis and Martsevich) passed along in front of a camera located at 81st parallel north.

Unfortunately, yet predictably, an incident occurred. An ice-plate on which the film set was constructed broke up and the actors had to wait for a helicopter to come for a couple of hours... Things do happen. In compensation, the ice-cold courage was expressed in the film very well.

When it comes to 'arctic' films, The Land of Sannikov (1973) is the first one that comes to mind. The film by the beginner directors Albert Mkrtchyan and Leonid Popov was initially pulled to pieces: bad interpretation of the original novel by Vladimir Obruchev, bad casting and so on. However, critics eased down once the film gained enormous success: during the first year it was watched by 40,000,000 viewers. And as casting is concerned, you cannot imagine anyone but Oleg Dahl, Vladislav Dvorzhetsky and Sergey Shakurov performing the roles. The film is also famous for the iconic song by Aleksandr Zatsepin and Leonid Derbenyov 'There is But a Moment'. Many youngsters sing it today without even knowing it was featured in the movie. 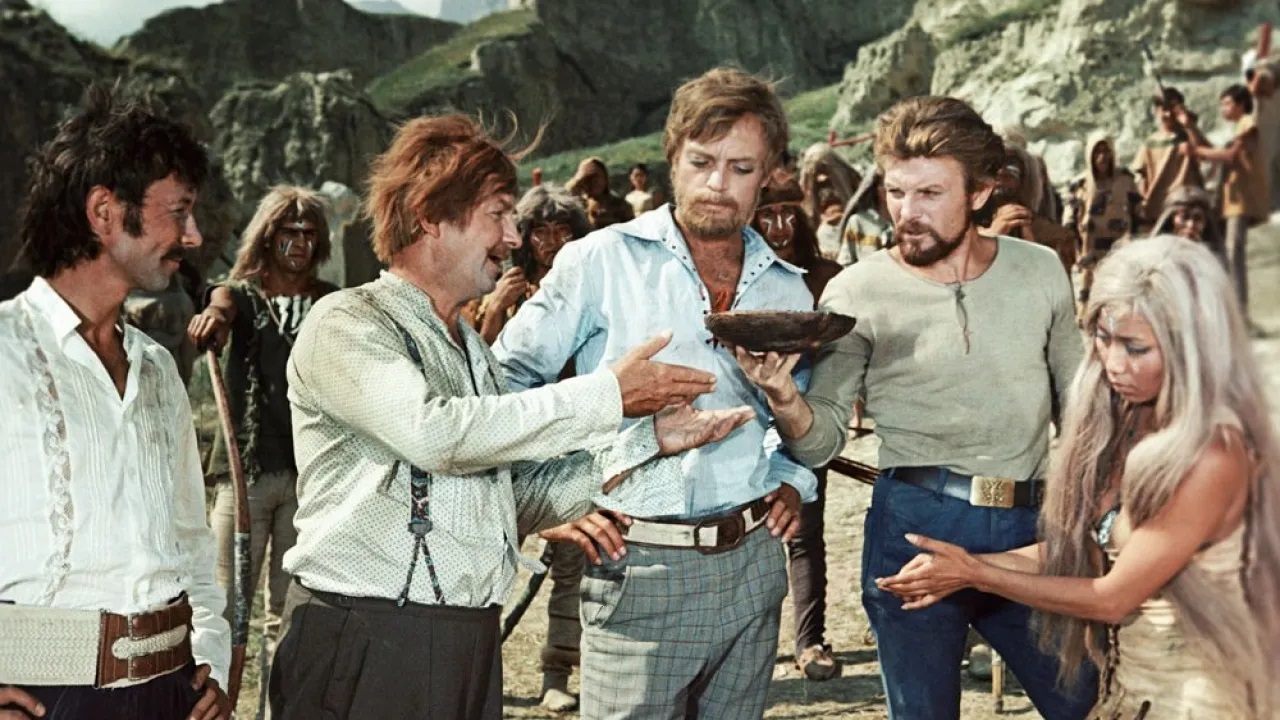 It should be noted that the film was rather far from being shot in the Arctic. Different episodes were shot on Kamchatka and in the Gulf of Finland. The shoot was set even in Kabardino-Balkaria and on the Crimea. Rather far from the Arctic! Still, the film needs to be on our list.

Georgy Sedov (1974) directed by Boris Grigoryev was on the contrary shot in the North (the White Sea, Arkhangelsk) on principle. Igor Ledogorov who played the part of the courageous polar explorer Georgy Sedov noted that the shooting environment helped him to depict the character's temper and tell about his tragic death and his undying heroic act.

Territory(2014) directed by Alexander Melnik confirms that the 'arctic' subject is still interesting to modern filmmakers and viewers.

The film's action takes place in 1960. A geological expedition has been developing a tin deposit in Chukotka for a long time, but there are doubts about the prospects of the fishery, so it is going to be closed. Expedition leader Ilya Chinkov knows in his bones: there must be a gold deposit nearby, and the territory cannot be closed.

The plot seems to be uncomplicated, but thanks to the makers, the film turned out to be profound and psychological. By the way, 'geological intuition' is no myth at all. Due to it, several significant deposits were discovered, including the Talnakh copper-nickel ore deposit (1960).

The shooting took place in Norilsk (Talnakh is nearby) and on the Putorana plateau. Besides the fact that this is the genuine Arctic, the footage of the relict plateau is extraordinarily beautiful. The film is worth watching for its depiction of unique northern landscapes, at least. 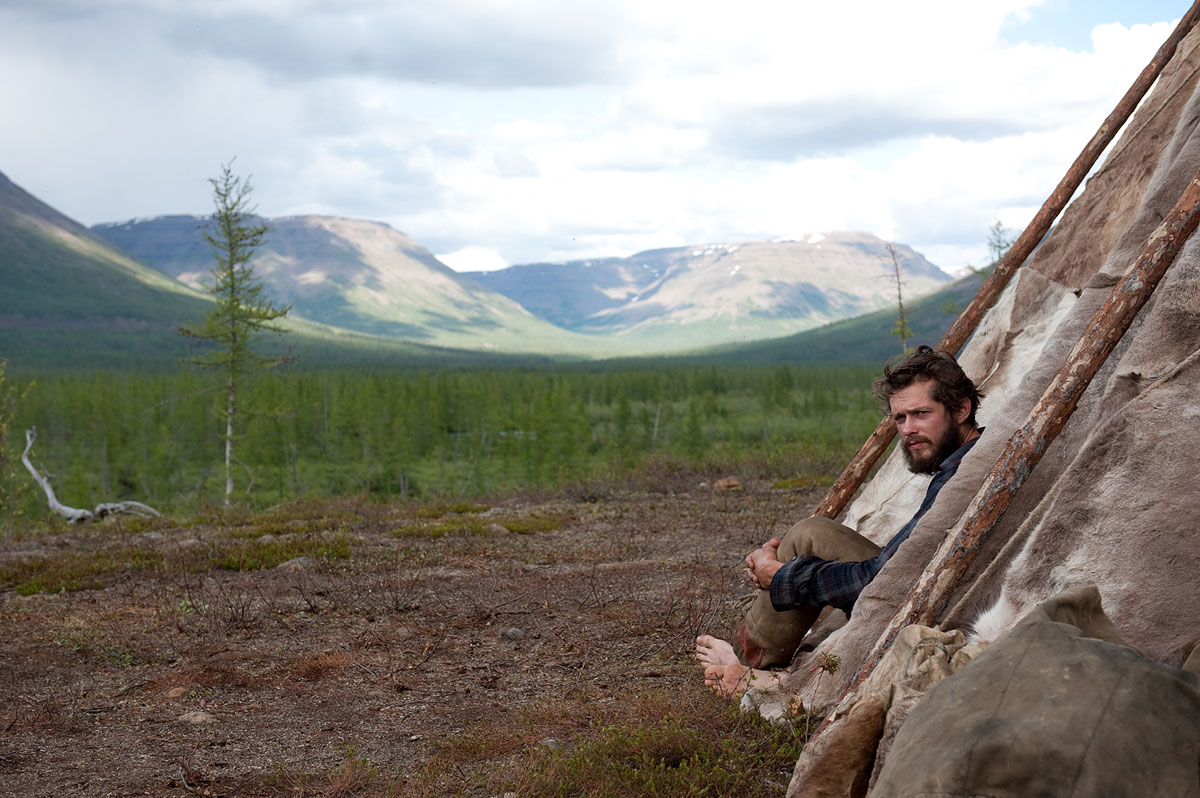 Leviathan (2014) directed by Andrey Zvyagintsev the same year was immediately highly praised by critics, internationally in particular. Being a philosophical drama, it has nothing to do with classic 'arctic' films. However, it was shot on the Kola Peninsula, in Kirovsk and Teriberka. The director admitted that he was charmed by the coast of the Barents Sea because of its pristine environment preserved there. The idea of pristine nature was supported by the artists: the leading actor Alexei Serebryakov stayed at Teriberka for two and a half months and did not maintain any communication with the outside world at that time in order to connect with a character. 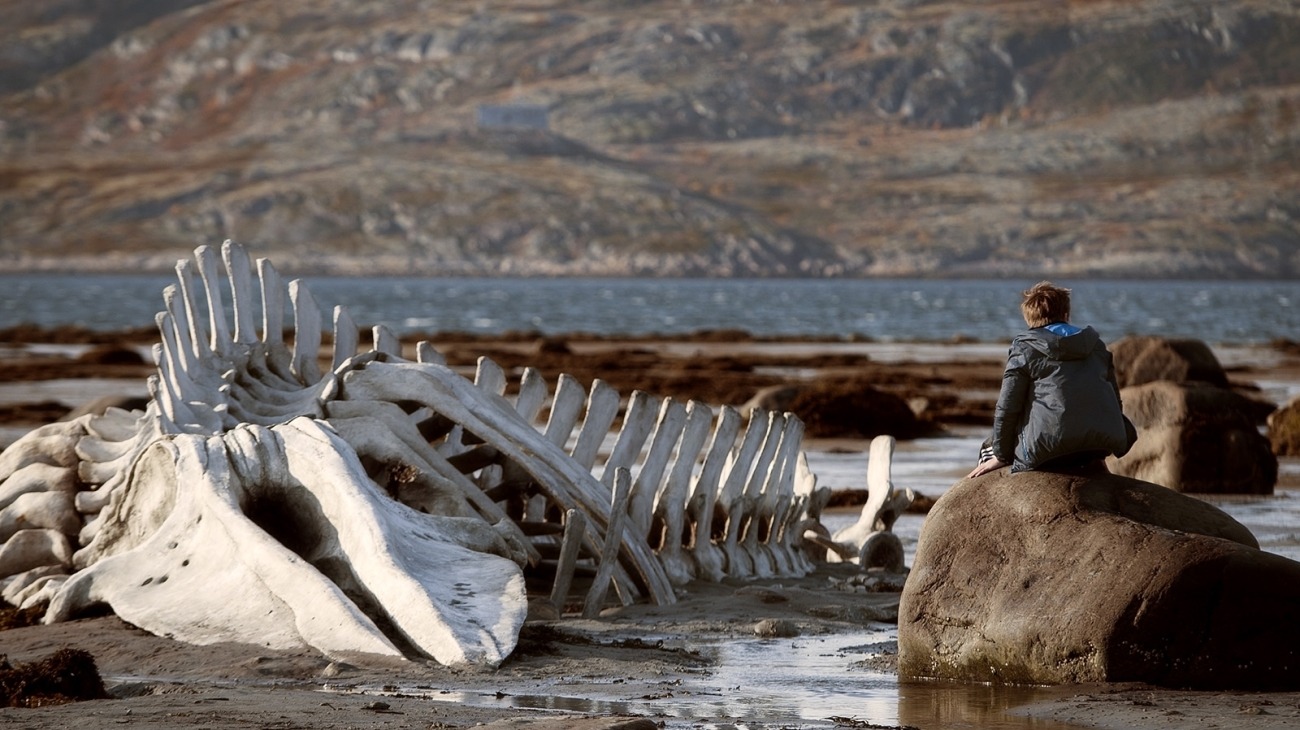 As a result, today everyone knows Teriberka as a village where Leviathan was shot. Although it is beautiful independently due to its amazing wildlife and great history.