"The night which is barely seen..."

Where can you go to see the midnight sun?

The midnight sun (white nights) is an astronomical phenomenon that occurs in the subarctic, in particular, in the north of Russia. Scientifically, it takes place under a combination of circumstances: specific tilted angle of the Earth's axis and its close approach to the Sun. In layman's terms, late spring and summer, the Sun does not rise or set more than 6 degrees above/below (respectively) the horizon. Thus, you get twilight lasting most of the day.

For most of us, of course, the phenomenon (white nights) is mainly relatable to Saint Petersburg. Nevertheless, it can be viewed in all northern regions, primarily the ones in the Arctic zone. In addition, Saint Petersburg midnight sun period is probably one of the shortest across Russia. For reference, in Yakutia, it lasts from early May to early August. While it is only two weeks long in Saint Petersburg: from 10–11 June to early July.

It is an extraordinary, mysterious and extremely romantic time of the year. During that, many northern Russian cities hold various festivals, celebrations, live concerts and tourist programmes worth experiencing. Here are some handy tips on how to spend the period and where to travel to.

In Arkhangelsk, the midnight sun begins in mid-May and ends in late July. Over 80 white nights a year. It is like an entire white night season! This is the city's most active time of the year for tourists. It seems the city never sleeps during this period at all: cinemas, museums, restaurants are open 24/7.

You can plan a walking tour of Arkhangelsk specifically for the period. Take a walk from the Northern Maritime Museum along the Northern Dvina past the monument to Peter the Great, Cape Pur-Navolok stele, towers of the Merchant Court and the main city beach to the Kuznechevsky bridge connecting the mainland and the Solombala Island.

Or you can wait for the keenest tourists to go to sleep and take a promenade around the quiet and empty city by the light of the midnight sun.

After that, you can take a trip around the Arkhangelsk Region where white nights are no less magnificent. For example, to the Solovetsky Islands.

Their severe conditions, in particular, in terms of climate, get milder during the white nights period. And filled with unparalleled beauty.

It is the best time to walk along the walls of the Solovetsky Monastery or the bank of Lake Svyatoye, enjoy fine views of the monastery's surroundings from near-by hills. Besides, you can put up at one of the guest houses located right next to the monastery.

In the daytime, you can take a tour of the islands and view their ancient constructions or a dam on the Bolshaya Muksalma island. During the white nights period, night tours are conducted. Or you may take a motor boat trip to the White Sea.

And get to the Beluga Cape. If you are lucky enough to view seals drifting near the shore or scampering beluga whales, you are never going to forget that.

There are several spots on the Solovetsky Islands where you could, and probably should go on your own. For example, numerous lakes with their meditative environment.

Or, if you are brave enough, stone labyrinths on the Bolshoy Zayatsky or Bolshoy Solovetsky islands. You can try walking through the labyrinths in the light of the midnight sun... It is rather an activity for extreme tourism lovers, but it is worth it!

In Murmansk, white nights are more like a perpetual day which comes at last after a long polar night and stays for two months, June and July.

You can see city sights, try unique local seafood delicatessen: sea urchins, seaweed ice cream and cloudberry. Or you may travel outside Murmansk, namely to the old fisherman village Teriberka on the shore of the Barents Sea where the film Leviathan was shot. There, you can view half-sunken ships from the film (and have your picture in front of them). And climb sopkas covered with moss of different colours and dwarf trees which can be seen in the background of the film.

Of course, Teriberka is not limited to what is shown in the film.

It has its history dating back centuries. You can find ancient seidis and small stone pyramids. They are considered sacred by the native inhabitants of the Kola Peninsula. Mostly, seidis can be found in the mountains near Teriberka.

Teriberka is a unique place because it takes merely half an hour to get from the town to the Arctic Ocean on foot. Imagine yourself facing the endless ice-cold waters of the great ocean in the light of midnight sun.

Teriberka waterfalls is one more exciting local sight to see. The roaring waters crash into the sea from the high shore. Another remarkable spot in Teriberka is the Dragon Egg Beach. It is named after huge stones settled there which resemble dragon's eggs. Natives used to tell a legend of ancient times when dragons inhabited the town's territory and all that's left of them is these eggs from which little dragons would never hatch out. But you never know... 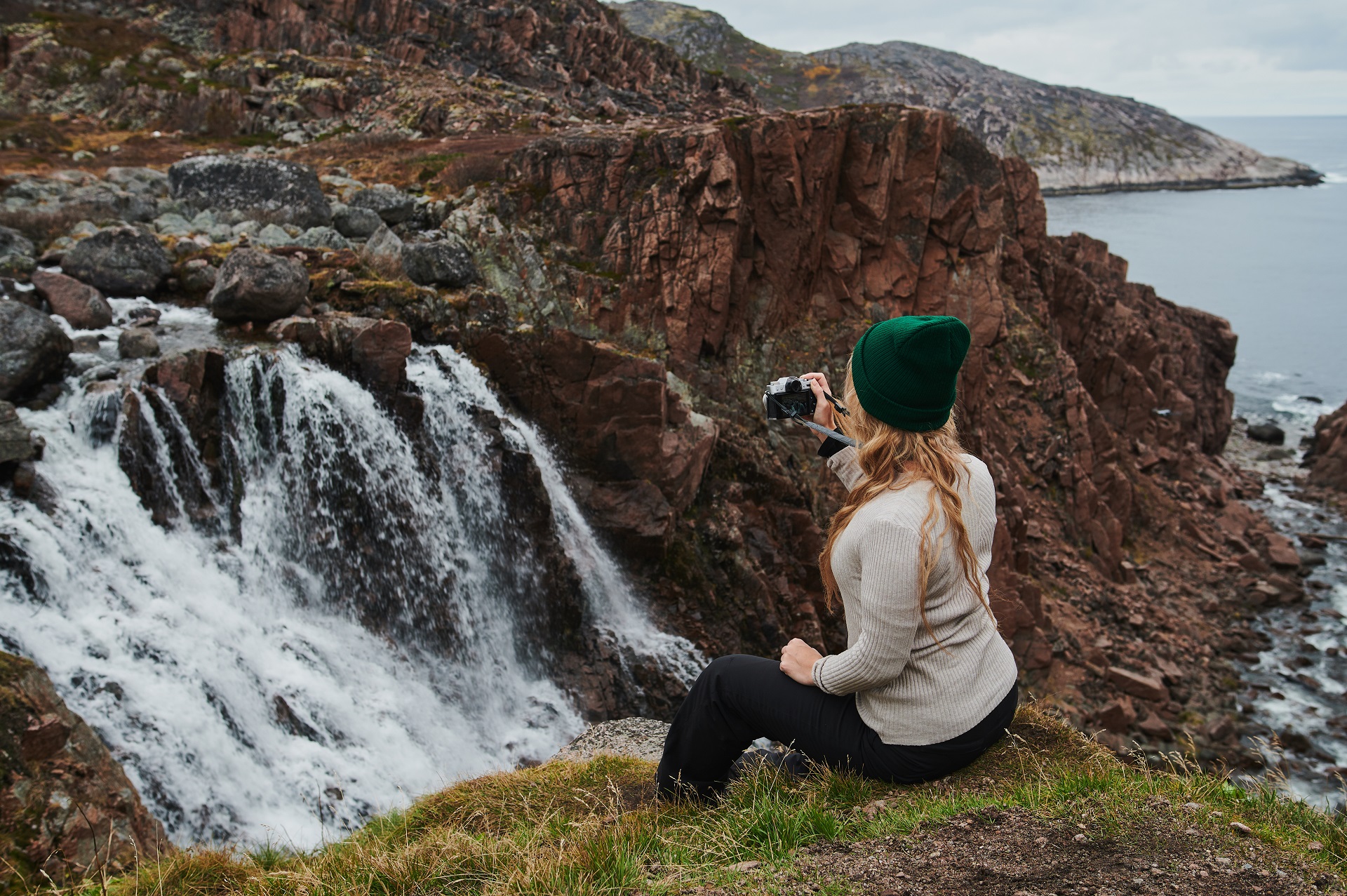 Locals have been fishing throughout their existence. And, of course, they will be glad to get you in the Barents Sea to a fishing spot on a boat (you can also try kitesurfing and diving, there is enough space for both there). We recommend you to plan this trip for the midnight sun period. This is because spring to early summer whales and orcas gather near the shore of the Barents Sea searching for food. So, here you have a nice opportunity to see them with your own eyes!

So far, we have only covered midnight sun regions in the western part of Russia. So, what about the East? Yakutia, for example, is the biggest region in Russia. In addition to that, the white night period here is over 3 months!

Within the period, the region offers endless leisure options.

For instance, you will be able to view prehistoric animals. We are talking about not merely museum exhibits. In the Pleistocene Park natural reserve, located northeast of Yakutia, such animals are bred! 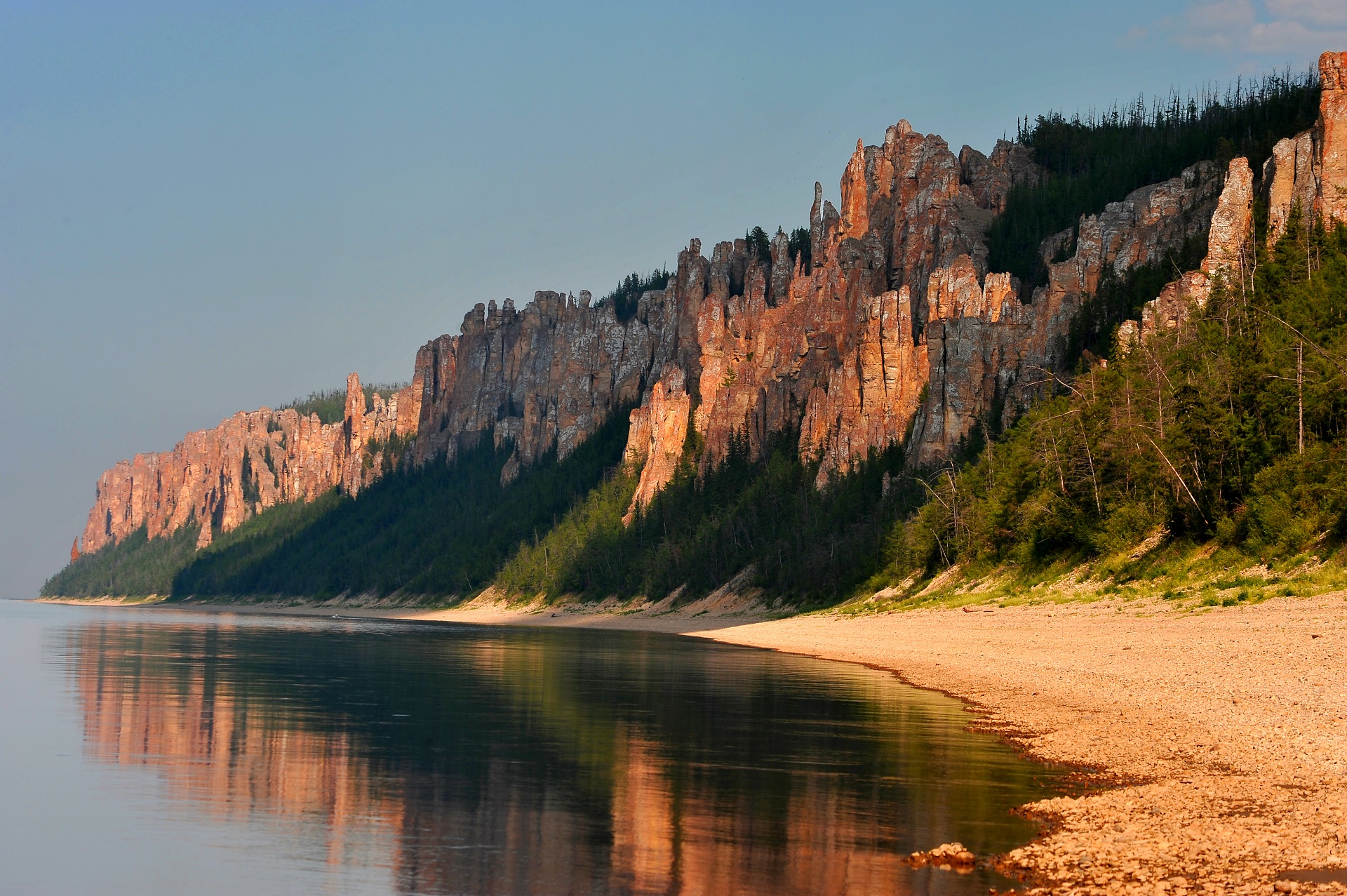 Another local sight attracting tourists is Lena Pillars. White nights and endless days are the best time for enjoying the view of the 'stone forest', as Lena Pillars are referred to as, and marvellous landscapes surrounding the Lena streambed. Extreme tourists traditionally ascend the pillars in the night-time. If you are not good at rock climbing, you can try it on a white night. We'll pretend it counts.

Go to see the glacier of lake Buluus, it doesn't melt even in summer (including white nights, of course); or Kuruluur waterfalls roaring among the limestones. Visit the Mammoth Museum in Yakutsk. Have a look at local diamonds, the region is rich in those.

Yakutia is enormous and the midnight sun period is longer there. So, this might be a great trip!