04.11.2021 // For the indigenous peoples of the North, fishing has always been and still is one of their main trades. Archaeological findings made in the Arctic suggest that people have been fishing there for several thousand years. Nowadays you can't imagine northerners living without fishing and fish dishes.

In the seas, rivers and lakes of the Russian part of the Arctic, you can find hundreds of fish species, including some of the most valuable ones, such as salmon, sturgeon, trout, teal, muksun, chum, char and halibut. It's only natural that winter Arctic fishing is becoming more and more popular with tourists every year.

You need to know the best spots! 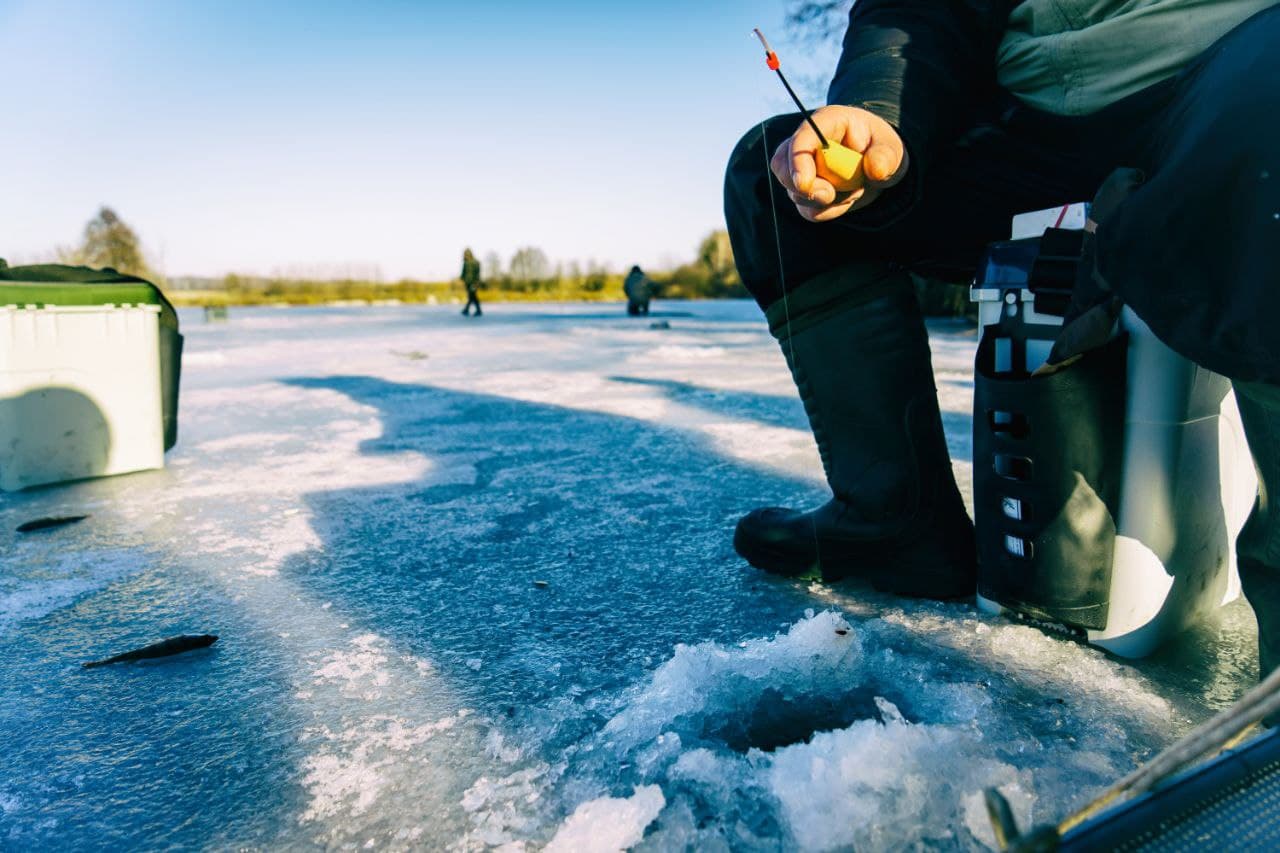 Depending on the region and its climate, ice fishing in the Arctic can last from October to April. Sometimes it can last even longer: you should make your decision about fishing judging primarily from whether or not ice holds firmly on the bodies of water. For example, you can go ice fishing at the Lake Ytyk-Kyuyol on the Putorana Plateau (Taimyr) for most of the year: the ice sheet disappears only by early July; by September the lake is covered with ice again.

At Ytyk-Kyuyol you can catch burbot, grayling, whitefish and vendace. The Boganid char is considered to be the most nutritious fish inhabiting the waters of Taimyr. Scientists have found that it contains 1.5 times the omega acids of any sea fish.

In Chukotka, the high-mountain lake Mainitz is considered to be the best place for winter fishing. Making it to that lake is a daunting task, but your persistence will be rewarded with burbot, pike and char. Fishing at the sea shores of Chukotka gives you a chance of catching a huge 60-kg chinook or a 100-kg halibut.

Fishermen go to the Kola Peninsula for salmon, trout, and grayling or to the Yugorsky Peninsula for burbot, walleye, grayling, and char. During winter fishing in Karelian lakes you can catch whitefish, bream, roach, perch, ide, vendace and pike.

Yamal is considered to be 'The World Champion' when it comes to catching whitefish — tugun, omul, nelma, chir, and muksun. Yamal-Nenets Autonomous Area (YNAA) accounts for half of Russia's whitefish catch and a third of the world's.

There are thousands of small and large rivers and streams in Yakutia, and, during winter, fishermen try their luck at almost every last one of them in the hopes of catching pike or large perch.

In short, you can go winter fishing in any Arctic region and expect to come back with a good catch.

How much will it cost?

Arctic winter fishing is not cheap. The most expensive fishing tour that we found is on the Putorana Plateau: it will cost RUB 197,800 for 8 days without including airfare.

Sometimes the organisers let the tourists choose what kind of accommodation, meals and sightseeing guiding they want — that choice will greatly impact the overall price of the trip. For example, a day of fishing tour at the recreation center 'Hanavei Sya' in the NAA can range from RUB 9,000 to RUB 18,000. 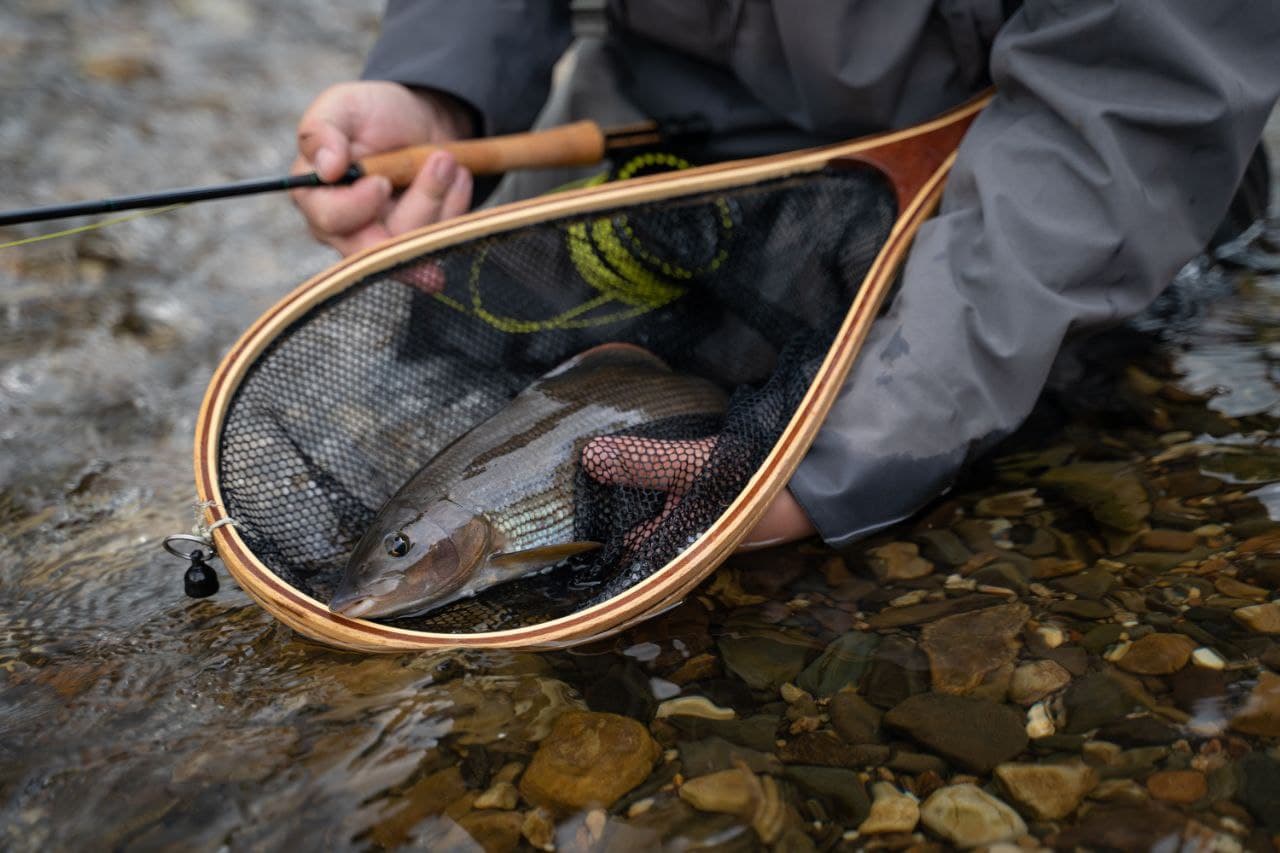 In short, you should expect to spend at least RUB 10,000 per person every night. Plus the travelling expenses. But, first, the tour programme usually includes not just fishing, but also educational and ethnographic tours, hiking and horseback riding, snowmobile rides, etc. Secondly, many of the services included in the price can be divided between the group members.

For example, it'll cost about RUB 40,000 per day for a maximum group size of 10 people to rent a boat to go fishing in the Barents Sea. Consequently, the larger the company, the lower the cost per person. The same can be said about moving to the fishing spot. Tour guides are paid hourly — group members also have to chip in.

Winter Arctic fishing can be combined with a trip to fishing tournaments and festivals that are held in all regions of the North. You can partake as both a spectator and a participant.

A traditional fishing festival is held in the Karelian town of Belomorsk in February and March. Its participants compete in catching the largest saffron cod or smelt and measure the total weight of the catch. Winners receive valuable prizes. You can enjoy the performances of folklore artists and groups, as well as taste test some fish dishes.

Interregional Festival of winter fishing enthusiasts is held in the Arkhangelsk Region in February. In addition to fishing, the programme includes sports games for fishermen and a competition for the tastiest ukha (fish soup).

In March, the Smelt Festival in Indiga (NAA), the festival 'Klevaya Kolyma' (Cool Kolyma) in Magadan, ice fishing championships 'Narodnaya Rybalka' (Folk Fishing) and 'Lovis' Rybka' (Let Me Catch You, Fish) in Chukotka are held. April is when the family 'Festival of Ice Fishing on the Yenisei River' on the Taimyr is held. Fishing competitions last for several days and are, essentially, large folk festivals with concerts, games and contests. Tournament winners receive cash prizes or fishing equipment.

The Arctic winter fishing season is about to start. Choose your own Arctic adventure.

Nenets Autonomous Okrug The Pristine Beauty of the Far North