Around Taymyr: Roads of the Forgotten Peninsula

A journey to a land of flat-topped mountains, deep lakes and high waterfalls
7 days 590 km 6 objects

The nature of Taymyr is unlike anywhere else in the world. For most of the year, the vast permafrost is covered by snow, which melts for only a few months a year to open up an amazing lost world to those who seek it. Here you will find blooming expanses of endless tundra, flat-topped mountains, bottomless canyons and countless waterfalls. The only downside of travelling to Taymyr is that it will be difficult to surprise you with anything else after you return from your journey. It is recommended to allocate at least a week or, better yet, two, to exploring the protected natural areas of Taymyr: after all, the memories of this adventure will last you a lifetime.

A half-hour drive north of the Norilsk city centre you will find the Talnakh District, which used to be a town of its own. Just seven kilometres from here is one of the most popular holiday destinations for the residents of Norilsk, Krasniye Kamni gorge. You can reach it by travelling down a dirt road in a cross-country vehicle or on foot. The trip covers about 7 kilometres. The waterfall consists of two cascades, with a lower 25-metre-tall one and an upper one measuring 20 metres. Both cascades flow into a pristine mountain lake filled with dark green water.

Situated 120 kilometres from Norilsk, Lama is one of the most picturesque lakes of Taymyr, while also being relatively easy to access. It stretches for almost 70 kilometres, with the road to the Putorana Plateau beginning at its eastern shore. In some spots, the lake is deeper than 200 metres. It takes about 4 hours to travel here along the Lama and Norilskaya rivers by speedboat from the Valyok pier. In summer, the lake becomes a popular spot for fishing. It is home to char, grayling, nelma, trout, pink salmon and muksun. 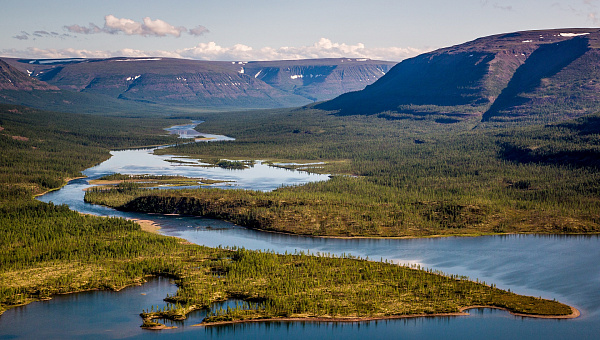 The Putorana Plateau is the most famous natural landmark of Taymyr and one of the most beautiful places on the planet. The plateau is part of the Putoransky Nature Reserve, which has been listed by the UNESCO as a World Heritage Site. With no roads and no mobile communication, the nature reserve covers almost two million hectares of land under the complete control of nature. Only the flat-topped mountains look man-made, almost as if cut with a knife. It is a huge territory that rarely gets any human visitors. The plateau is far from the benefits of civilization.

The Putoransky Nature Reserve has the highest concentration of waterfalls in Russia, and it contains the highest waterfall in the country, the Talnikovy Waterfall. The nature reserve lies in the subarctic climate zone and is home to over 180 bird species, over 40 fish species, as well as numerous mammals, including bears, reindeer, bighorn sheep, lynx, Arctic foxes, sables and many others. You can reach the plateau by helicopter or by boat. While on the territory of the reserve you can stay at a campsite or travel with a tent. 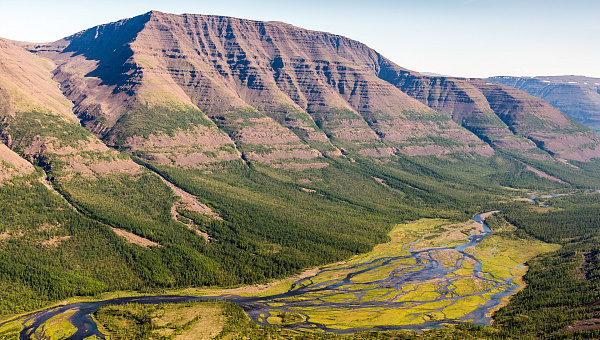 With a population of more than 20 thousand people, Dudinka is the northernmost town in Russia. The only settlements found closer to the North Pole are rotational camps, small villages, military bases, polar stations and half-abandoned towns. Situated on the right bank of the Yenisey River, the town gets visited by cruise ships on their way from the south of the Krasnoyarsk Territory. Dudinka's port remains ice-free all year round and is considered the northernmost international port in Russia.

Starting out as a small settlement back in the 17th century, Dudinka has since become the main economic hub of the region. The town is a 91-kilometre-drive from Norilsk along the federal highway. Dudinka can be of interest to tourists not just as a starting point for further travels across the Taymyr tundra, but also as a centre of its own, where you can learn about the culture of the indigenous peoples of the Russian North, browse historical artefacts at the Museum of Local Lore and even go curling or swimming in a pool in the middle of the permafrost. 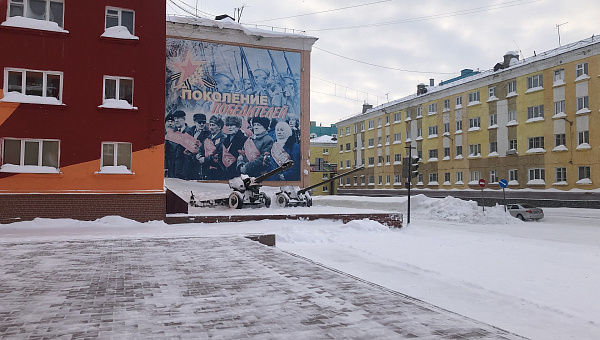 Perhaps Dudinka's most remarkable tourist destination is the Taymyr Oykumena ethnographic park (meaning 'a land inhabited by people'), where you can learn about the life of all five ethnic groups inhabiting the peninsula. The complex includes several large tents that are used for holding festive events, as well as reindeer camps. 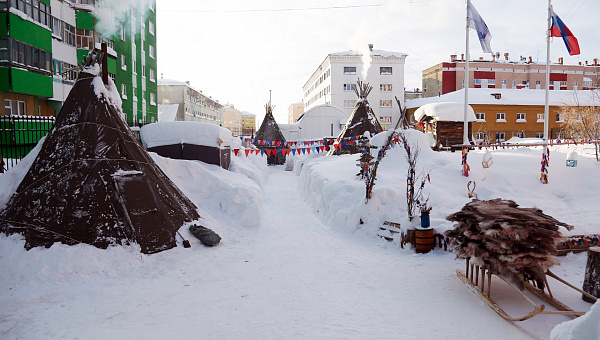 If you board a motor ship from Dudinka and travel through the labyrinth of the Yenisey River delta, you can reach the Brekhovsky Islands. This nature reserve includes about 50 small islands surrounded by boundless lakes and swamps. It is home to more than a hundred bird species, including rare and protected ones, such as the peregrine falcon, the red-breasted goose, the tundra swan and the white-tailed eagle. This makes the islands a perfect destination for birdwatching. The nature reserve strictly prohibits any activity that can be harmful to animals and their natural habitat.

Additionally, some members of the low-numbered indigenous peoples of the North—the Dolgans, Nenets and Enets—also reside on the Brekhovsky Islands. The way of life of these peoples has remained virtually unchanged to this day: they live in tents and live off reindeer herding, fishing and gathering. 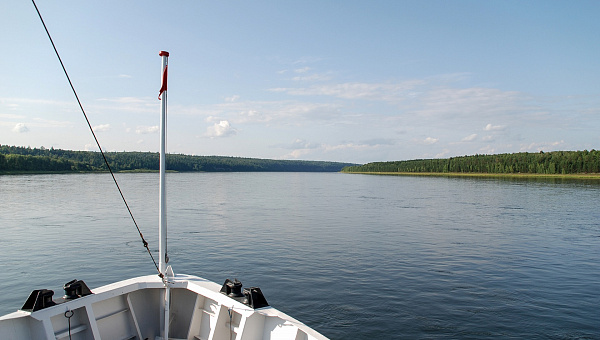