The Republic of Karelia

Karelia on the White Sea. A journey through the ages

Karelia is no longer the blank spot on the tourist map of Russia it once was, but most travellers still end up in its southern part. Nevertheless, its northern areas, which are a part of the Russian Arctic, is every bit as interesting. A journey to the Karelian north is an opportunity to see old wooden churches, towns and townships on the shore of the White Sea, and to meet the wonderful people inhabiting these places.

Even though Belomorsk is considered the largest town in the Karelian north, only 10 thousand people live here. It's situated on the seashore and ships sail from here to the Solovki Islands. The city is particularly famous for the construction of the White Sea–Baltic Canal (Belomorkanal), which connects the White Sea with Lake Onega. A 227-kilometre canal was constructed by the prisoners of the Gulag in record time for its era—one year and nine months. Monuments to those who perished during its construction are installed along the canal. Tourists can sail down the canal as a part of an organized tour, or do so on their own. 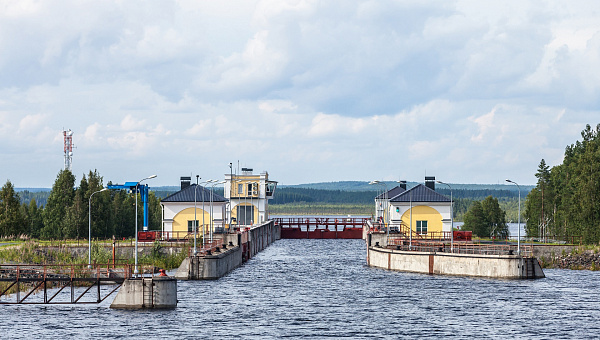 The most ancient petroglyphs of the White Sea region are over six thousand years old. They have been the subject of research for a long time, but the meaning of these images carved into the rocks has yet to be deciphered. The petroglyphs are considered one of the most ancient works of art produced in the history of mankind. There are over two thousand of these unique images in the Petroglyphs of the White Sea archaeological centre. In these pictures drawn by the hand of a prehistoric human, we can see images that immediately make sense to a modern person: animals, people, fighting and hunting. 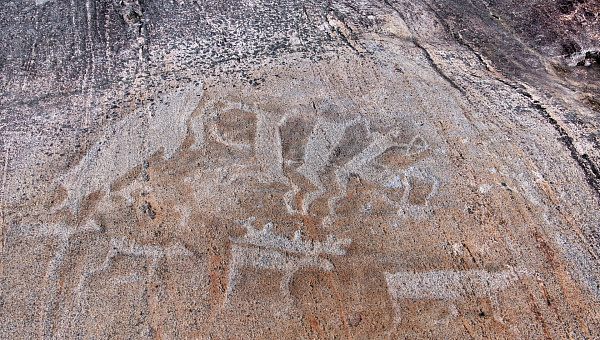 One of the most beautiful waterfalls in Karelia can be found 120 km away from Belomorsk—the Voitsky Padun. This is a must-see for every person visiting the northern part of the republic. They used to prospect for gold the neighbouring township of Nadvoitsy. Over the course of time, and due to anthropogenic influences, the height of the waterfall has decreased: the water level in the river has risen by almost six metres. But this waterfall is still as turbulent, powerful and majestic as ever. Even though the water in it appears dark brown, it's actually crystal clear. You can get quite close to the waterfall, and the trees grow right out of the stones next to it. Tourist buses rarely reach here, so a visit to Voitsky Padun is a rare chance to commune with nature in solitude. 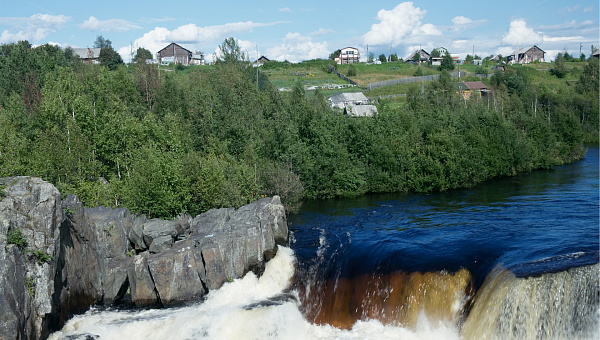 The seaside village of Virma, 40 kilometres from Belomorsk, can be reached in two ways: by car or by suburban train. Whichever way you choose, you will have the opportunity to enjoy picturesque views from the windows along the way. The ancient village is located right on The White Sea coast, and for tourists, the most interesting place here is the wooden Church of Peter and Paul, built in the 17th century. This is an impressive monument of the architecture of Old Rus that has survived to the present day. The entrance to the church is open during religious holidays, so schedule the date of your visit beforehand. 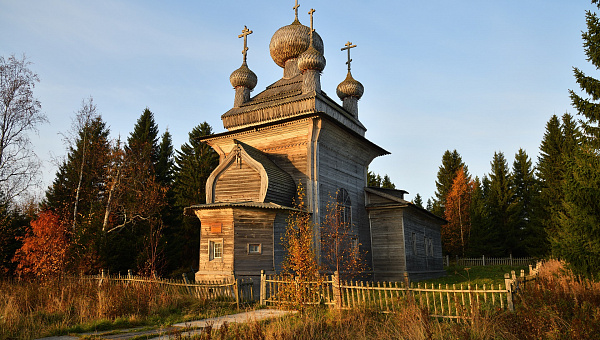 The old seaside town of Kem is located 120 km north of Belomorsk. Its main place of interest is¬ the majestic wooden Assumption Cathedral which has recently been restored. It was built in 1717 without using a single nail. It has been the pride of the seaside town ever since. During the restoration, the cathedral was fully disassembled and then assembled again. Work is currently continuing inside this architectural monument, as it had stood dilapidated for a long time. 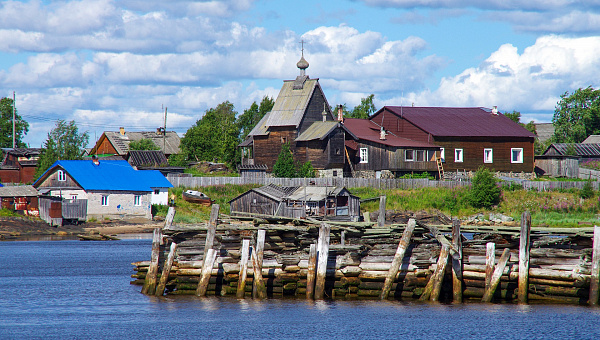 Another curious place to visit is the Pomorye museum of local history, where visitors can explore the customs and history of the people of the Karelian coast. There are six exhibitions inside, dedicated to the city's development from prehistoric times to the early 20th century. Thousands of artefacts and curiosities are gathered here under one roof, including deer sledges, model ship, samovars and icons of the Old Believers of the coastal region.

Going west towards Kalevala, you are bound to notice that the common blue signs marking the names of the places you pass by are now dubbed with yellow ones in the Karelian language. Kalevala is famous for being the birthplace of Elias Lönnrot, the Finnish doctor who wrote the epic Kalevala. The trunk of a century-old pine under which the famous rune collector used to work is preserved here. A rich programme is available to tourists in the township: the Runopevtsev museum, boat trips on lake Kuito and its uninhabited islands, as well as a visit to the Kumi-porog waterfall. Opportunities for active recreation are available in Kalevala year-round: rafting, fishing, cycling during summer and autumn, during winter and spring, snowmobiling, hovercraft rides and swimming in wetsuits to the Yolmanen Rapids which never freeze. 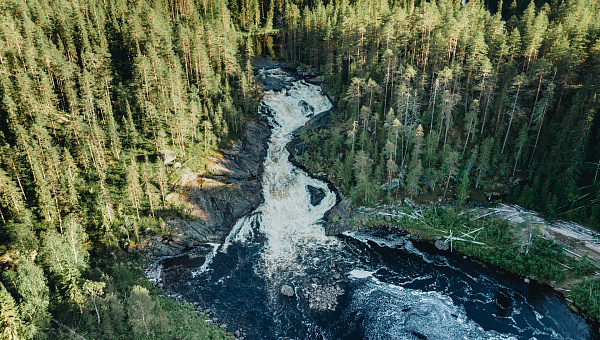