In and Around Arkhangelsk. Feel the Warmth of the North

A slow walk in the city with both white nights and the White Sea, and the surrounding area
2 days 28 km 8 objects

Although Arkhangelsk lies as far as 200 km from the Arctic Circle, the city is a part of the Russian Arctic zone. The location and centuries-old history of the Arkhangelsk Region make it one of the most exciting and promising tourist destinations in Russia. The region's attractions include the White Sea, ancient wooden temples, deep karst caves and fascinating islands. The land of the Pomors, Lomonosov's homeland, the pearl of the Russian North — the area has plenty of nicknames that are hard to debate. Virtually anyone can find themselves an interesting route across the region, and there will still be enough mind-blowing locations for more than one trip.

It's a great idea to start your tour of Arkhangelsk from the city's most picturesque street—Chumbarov-Luchinsky prospect, nicknamed 'conservation street'. City residents also call this pedestrian route 'Chumbarovka': the prospect features buildings constructed back in the 19th–early 20th century, and others built based on old sketches. During your walk along the cosy street, you will get to enjoy the beauty of old wooden houses and architectural landmarks and also visit a cultural centre, Pomorskaya Artel, and a literature museum.

Arkhangelsk lies on the banks of the Northern Dvina that flows into the White Sea. The embankment stretching for almost 7 km is one of the best spots for a leisurely walk in the city. Turning from 'Chumbarovka' towards Vyucheyskogo Street, the road leads straight to the Sea and River Terminal that riverboats depart from. The building of the terminal may seem familiar: it is actually depicted on the Russian 500-rouble bill. Heading north, you can get to the Maritime Museum, the Lomonosov Drama Theatre, and then the monument to Peter the Great. 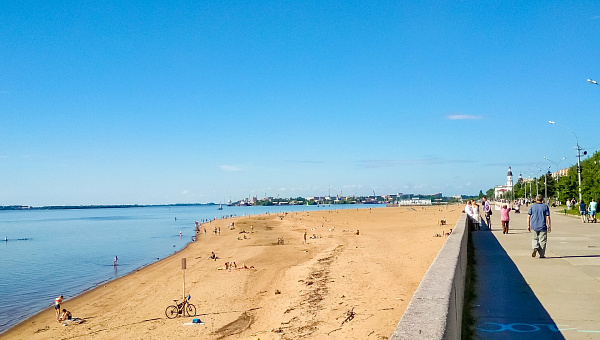 It's not a complete trip of Arkhangelsk Region if you haven't visited the islands. Whereas a river cruise can take several days, a small boat trip is only a few hours long. You can get to the islands by boat or a motor ship from the Suburban ('Prigorodny') River Terminal. Kegostrov is one of the closest islands: you can get there in 30 minutes. A longer route runs to Konetsdvorye, a Pomor village between the river and the White Sea, and from there to Voznesenye that has a unique museum room located in the building of the former magnetic-ionospheric observatory. You can go on a river cruise of the Northern Dvina during the navigation season, from May until September.

A colourful summerhouse near Petrovsky Park is named after Russian writer Alexander Grin who lived in exile in the region. According to the writer's contemporaries, he often spent time walking along the embankment. At the time, there was a pavilion near the riverbank; in the summer of 2020, it was reconstructed in memory of the author of 'Scarlet Sails'.

The city's oldest building—the Arkhangelsk Gostiny Dvor—had quite a difficult past. It was constructed back in the 17th century, but only a part of the wall and the northern tower have survived. The buildings have been reconstructed and currently host one of the oldest local history museums in Russia. The museum talks about the years of reign of Peter the Great, the lifestyle and traditions of the Pomors and the history of exploration of the Russian North. Exhibits include models of ships, national costumes from different eras, carved furniture and stuffed northern animals. Visitors are allowed to touch many of the exhibits. An entry ticket to all exhibitions costs RUB 300. 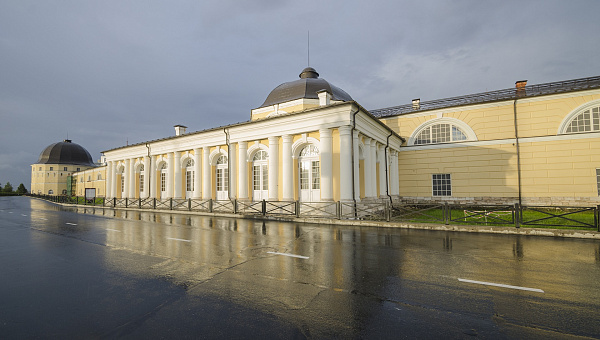 A symbol of the city—Cape Pur Navolok—is located right opposite Gostiny Dvor. This is the point that Arkhangelsk was built around: that's where in 1584 Tsar Ivan the Terrible ordered to build a defensive fortress. The embankment features a majestic obelisk that resembles a frozen wave. 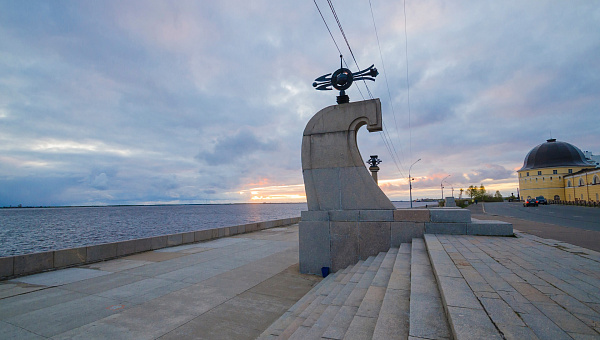 Object 7 Monument to the Seal

If you pass by the Arkhangelsk city beach where you can sunbathe on a warm day (swimming is best avoided), you will notice a large and cute seal. The monument, however, is not about the love for these adorable sea animals: it was built as a sign of gratitude and as a symbol of endurance. During the Second World War, residents of Arkhangelsk, as well as Saint Petersburg, had no access to provisions. To survive through the years of famine, Arkhangelsk citizens were hunting seals. 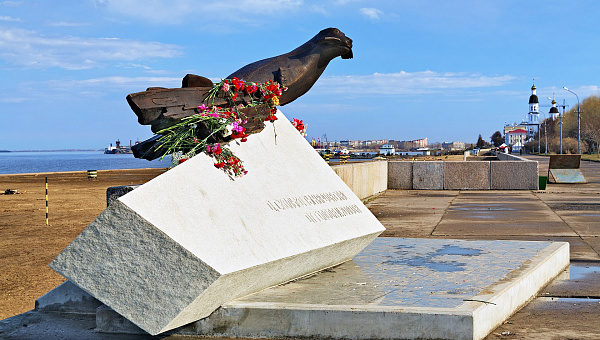 If you feel like escaping from the city for a while, the Malye Korely Museum of Wooden Architecture is perfect for the purpose. The complex is located in just 25 km from Arkhangelsk. You can get here by car or by bus. The complex features the wooden architecture of the Arkhangelsk Governorate: houses, chapels and other buildings from all over the region. A visit to the open-air museum is the easiest way to get acquainted with the amazing ancient architecture of the Russian North and the lifestyle of the people who used to live here. The museum occupies almost 140 ha. The territory is divided into four sectors: Kargopolsko-Onezhsky, Dvinskoy, Pinezhsky and Mezensky. 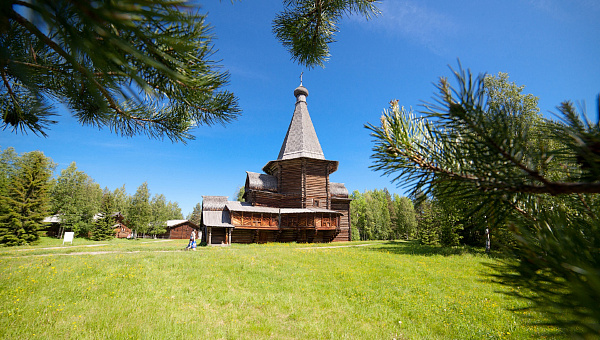