Kirovsk and its Surrounding Areas. Surrounded by the Khibiny Mountains

Situated at the foot of massive polar mountains you'll find the town of Kirovsk, formerly a major ore mining centre and today one of Russia's main alpine skiing centres. In the summertime, the town is visited by fishermen and hikers, while in winter it is a popular spot for skiers and snowboarders. Trips to Kirovsk primarily involve active holidays in the Khibiny Mountains, however, there are also many interesting places to visit in the town itself.

Not far from the Kirovsk town square is a modern Museum and Exhibition Centre. The Centre's opening coincided with the launch of an apatite mining operation in the Kukisvumchorr mountain. It became the first Geological Museum in Kirovsk while the town, which was known as Khibinogorsk at the time, was still under construction. Its collection included models of mines, diagrams, models of mining and processing units and, of course, a multitude of locally occurring minerals. In 2013, the museum was moved to a new building that can be easily recognised by its clock tower. In addition to the already existing collection of the Museum of Geology, the Centre was expanded to include conference rooms, a gift shop and a children's room. Admission to the museum is free of charge and all visitors are given free audio guides. 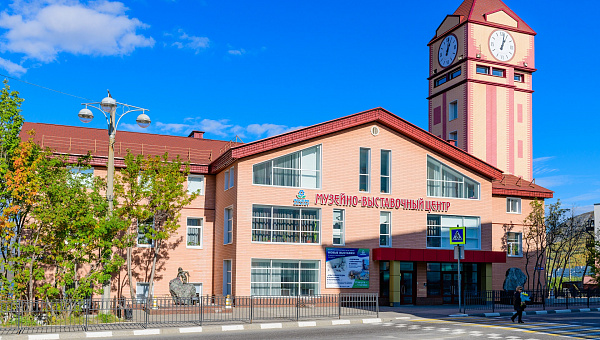 At the intersection of Lenin Avenue and Yubileynaya Street, you can find a traffic light that might seem unremarkable at first glance. However, it is, in fact, the only traffic light in the entire town, which is why it is considered to be a kind of local landmark. Crossing at a red light is highly discouraged here.

The local library houses the Venedikt Yerofeyev Museum, which is dedicated to the author of the famous poem 'Moscow–Petushki'. Though it is small, the museum is incredibly atmospheric. Kirovsk is where the writer spent his childhood and school years. It took workers of the town's central library several years to collect materials associated with their talented fellow-townsman before they ultimately decided to create a small museum to exhibit his household items, photos and books. The museum has a rather symbolic entrance fee of RUB 10. 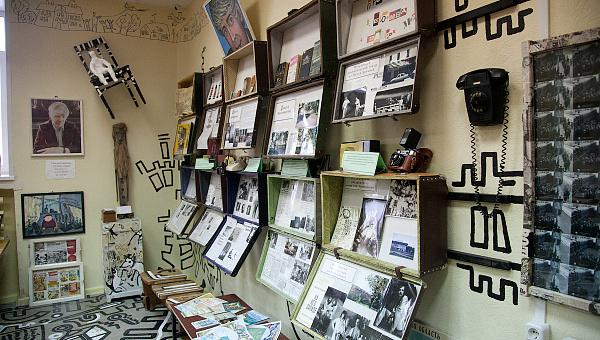 Kirovsk has the northernmost Polar-Alpine Botanical Garden Institute in all of Russia. Only three botanical gardens in the world are located above the Arctic Circle, and Kirovsk is home to one of them. Above all, the most extraordinary thing about this place is that it allows tropical plants and exotic flowers to grow in the middle of the tundra amidst sub-zero temperatures. In summer, you can find more than a thousand plant species from different parts of Russia and the world growing in this Garden's open grounds. Particularly thermophilic plants are grown inside the Garden's greenhouse, which is open to visitors all year round. On the grounds of the Garden Institute, you can take a walk along the nature trail, where you will find plants from different elevational zones of the Khibiny Mountains. You can get to the Garden Institute by bus from the Kirovsk town centre.

Every winter, the Snow Village tourist centre opens just a short walk away from the Botanical Garden. It takes thousands of tons of snow and ice to create the sculptures displayed at the foot of the Vudyavrchorr mountain, while the village itself is built by dozens of sculptors who come from all over the country every year. In 2012, the Village was included in the Guinness Book of World Records. It was here that the largest-ever snow structure was created, with a total area measuring 2,014 square metres. In addition to taking a walk in the Village's snowy mazes and admiring the works of art decorated with colourful lights, visitors can also go snow-rafting on inflatable sledges and banana sleighs. 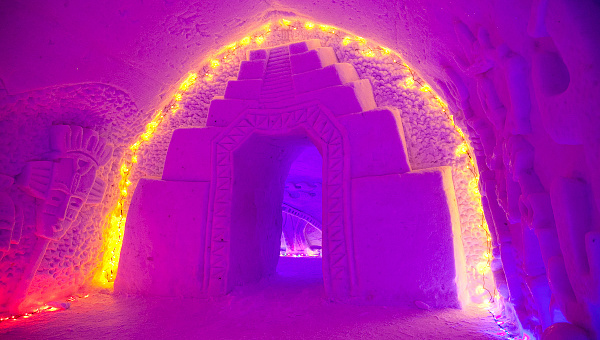 The Khibiny Mountains can be seen from almost anywhere in Kirovsk, and the easiest way to get to their peaks is to take a lift at the Bolshoy Vudyavr ski complex. The resort has 33 slopes of varying difficulty, ranging from green to black. The slopes are fitted with both drag lifts and chair lifts. Located at 850 metres, the highest point of the northern slope offers a great view of the town and Bolshoy Vudyavr Lake. Meanwhile, the highest point of the southern slope is 1,047 metres. Some of the lifts run right from the town, in addition to the resort being easily reachable by public transport. 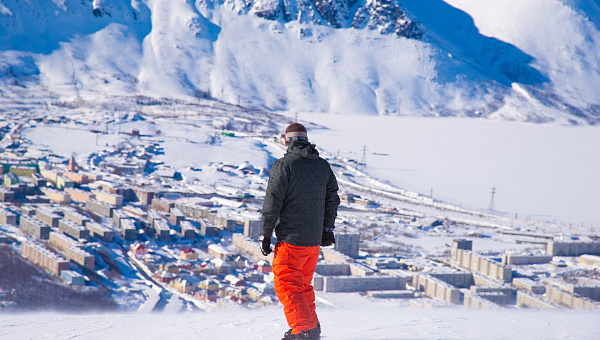 After exploring Kirovsk's main attractions, it is worth paying a visit to Apatity, especially considering that the two towns are just 17 kilometres apart. Perhaps the most popular point of interest in the town is its geological rock garden, which is an open-air exhibition of minerals. Ore samples have been brought here from all over the Kola Peninsula, and each of the garden's boulders has a small plate with information about it.

To the south of the town is the Khibinium centre for active recreation, where you can ride dog sledges, snowmobiles or ATVs, as well as shoot a bow or a crossbow. For children, the centre has adventure parks, high-speed zip lines, trampolines and mini-ATVs. In summer, the younger visitors to the centre can learn the basics of mountaineering, as well as how to handle sledge dogs and navigate the terrain.

Not far from Apatity is one of the oldest reserves in Russia—the Lapland Nature Reserve. It was established back in 1930 to preserve the wild reindeer population. At the moment, there are more than a thousand specimens found on the territory of the reserve. It is also inhabited by bears, foxes, wolves and wolverines, as well as hundreds of northern bird species. The reserve's premises contain several nature trails, an ethnographic museum, a Sámi tent and the Chunozero manor, which is regarded as the local residence of Father Christmas. No permits are required to visit the reserve, but you will still have to coordinate your visit with its staff by phone. 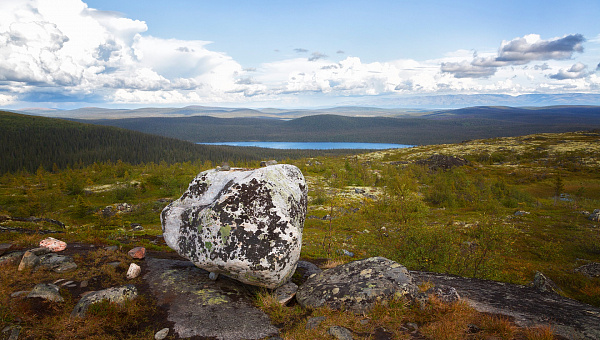 Being relatively low and gentle, the Khibiny Mountains are considered to be a perfect starting point for beginner hikers. The best time for hiking here is during the warmer months (except for the midge season in July and August). The mountains offer many hiking routes, including routes to Maly Vudyavr Lake, the peaks of Vudyavrchorr and Takhtarvumchorr, the Kuniyok, Belaya and Risyok rivers, Lake Imandra and the Aku Aku gorge. In short, there are so many that it is simply impossible to complete all of them. It is recommended to allocate at least a week for your trek.