Salekhard: A Step into the Arctic Circle

It's definitely worth taking a trip to the only city located within the Arctic Circle, where visitors can see the most famous baby mammoth, traditional reindeer-herder tents, and the mountains of the Polar Urals
2 days 84 km 8 objects

Every city in the world is located either to the south or the north of the Arctic Circle. The only exception to this rule is Salekhard, a city situated right on the 66th parallel north. The capital city of the Yamal Peninsula, it was founded by Cossacks about 400 years ago. It's possible to walk from one side of it to the other in warm weather, but those looking to travel around the surrounding areas will need to take a train or drive by car. Salekhard is situated on the right bank of the Ob river and is a part of both West Siberia and the Polar Urals. The city has changed a lot in the last two decades, with new houses being built while old ones are repaired.

Perhaps the most famous item in the Yamal Peninsula was discovered in 2007. A Nenets reindeer herder called Yuri Khudi found a mummified baby mammoth on the sandbank of the Yuribei river. Scientists were amazed at how well-preserved it was. They named the baby Lyuba. They later found out that Lyuba had lived more than 42,000 years ago and drowned at the age of one-month-old. Visitors can see Lyuba at the Museum and Exhibition Complex in Salekhard, the biggest museum in the peninsula. The baby mammoth isn't the only interesting exhibit at the museum. There's another baby mammoth called Masha, an adult mammoth skeleton, a collection of Yamal antiquities, stuffed animals from the peninsula, and one of the region's biggest finds: a mummified warrior discovered during excavations at the Zelyony Yar burial site. 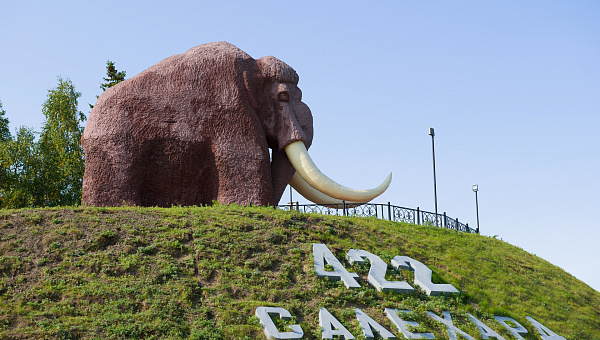 The best souvenirs in the peninsula are available just across the road from the museum. Visitors will find all kinds of local delicacies and crafts at the Gifts of Yamal central market. Culinary delights on sale include venison and bear meat preserves and sausages, smoked muksun, broad whitefish, omul, vendace, smelt, and wild fish. At the weekend, the indigenous people of the Yamal Peninsula dress in national costumes and come to the market building to sell their crafts. This place has a very authentic northern vibe to it.

An unusual bridge in the shape of a torch that spans the Shaytanka river in the central part of the city. Yamal is often called the 'gas storehouse of Russia', so the shape of the bridge is quite symbolic. Opened in 2004, it connects the city to the airport. Its total height is about 100 metres and it features a restaurant in its upper section that offers a panoramic view of the whole city. There is a monument dedicated to reindeer next to the bridge. 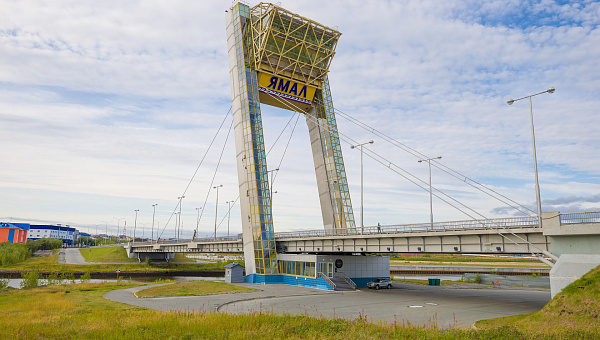 Within city limits lies the spot where the modern Salekhard was born. Obdorsky Ostrog ('the Obdorsk fortress') was founded in 1595 and it is considered to be the oldest fortress in the Russian Arctic. Its buildings were restored in 1992 using historical blueprints and plans. It now houses an outdoor history and architecture complex with five wooden towers, a commander's house, a blacksmith's shop, and an Orthodox church. Entry to the museum is free, and it runs events and master classes on various holidays. 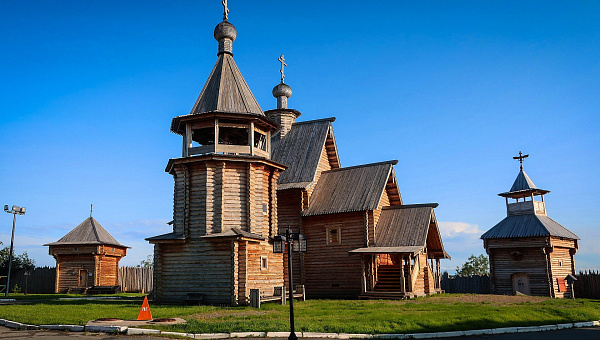 The city's signature landmark—the 66th Parallel stele, can be found at its exit. You can cross the Arctic Circle on your own or take part in a crossing ritual with a tour group. In the evening, the stele is lit up in colourful lights. If you're lucky, you might even get to cross into the Arctic Circle under the Northern Lights. 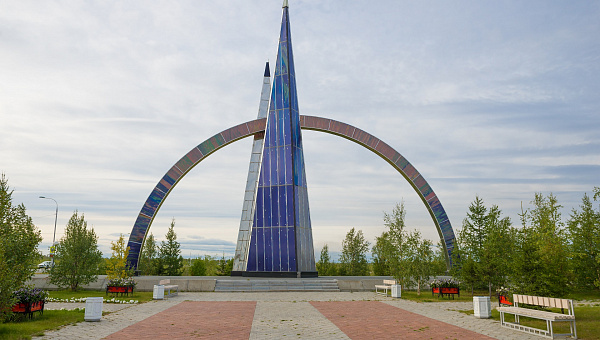 Salekhard is essentially cut off from the mainland. Its only railway connects it to the village of Labytnangi, 22 km away. The Salekhard–Igarka Railway was built by prisoners of the gulag. It was originally intended to connect Chum to Igarka through Salekhard, but the section from Salekhard to Nadym was never finished. Construction project #501—also known as the Dead Road—was put on hold in 1953. The Em 711-26 steam locomotive was placed not far from Salekhard in memory of all those who died during the railway's construction. The railway ends abruptly in the middle of a forest. Around it, in the permafrost, you can find parts of old tracks, wooden bridges, and camp barracks. 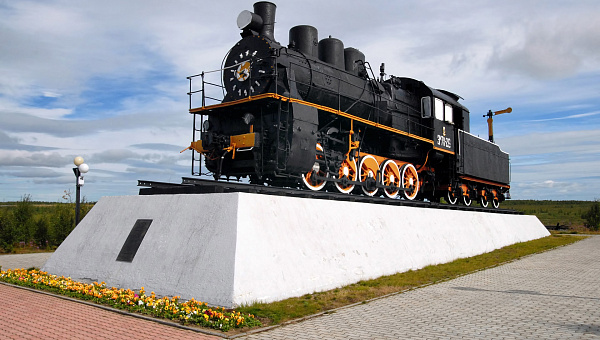 The Gornoknyazevsk Museum and Ethnography Complex is located 15 km from Salekhard. It recreates the everyday life of the peninsula's indigenous people (the Nenets, the Komi, and the Khanty) in painstaking detail. It features traditional tents covered with reindeer hides, as well as wooden sculptures depicting characters and stories from Yamal legends and fairy tales. The residence of Yamal Iri (the "Yamal Santa Claus") is also situated in Gornoknyazevsk. Guests can take reindeer sledge rides and try local delicacies such as fish soup, stroganina (thin-sliced fish), and wild berries. 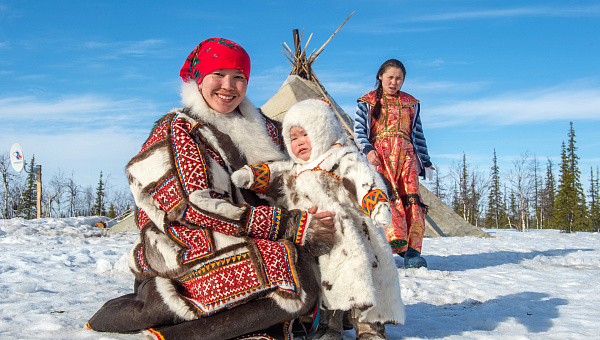 Travellers can reach Kharp first by ferry and then by car or train. From here, tourists can climb up the Rai-iz mountain where the Glacier of Romantics is situated. The climb takes two to three hours, and is one of the fastest and easiest ways to reach the mountains of the Polar Urals. Scientists believe that the glacier could disappear due to global warming within just 20 years. We recommend that you set aside a whole day of your itinerary for this trip. 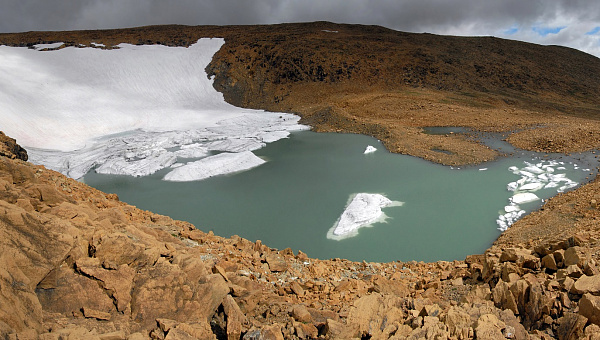