Teriberka: A Fishing Village with an Arctic Character

A journey to the coast of the Arctic Ocean to see a graveyard of ships, waterfalls and the northern lights
2 days 50 km 7 objects

Teriberka is one of the oldest fishing settlements in the Murmansk Region. Tourists come here for the breathtaking Arctic nature, whale watching and the picturesque ship graveyard, as well as the northern lights in winter. The shooting of Leviathan has breathed new life into the village, as after the film's release, Teriberka became known far beyond the region. In just a few years, the village became one of the main tourist attractions of the Russian Arctic.

How to Reach It:

On average, it takes from 3.5 to 4 hours to get here from Murmansk by car. Part of the 130-kilometre-long drive follows a dirt road in the warm part of the year and an ice road during the winter.

There is a regular bus route to the village, with a one-way ticket costing about RUB 700.

What to Wear and What to Take with You:

The climate in Teriberka is relatively mild, owing to the nearby interaction between the Gulf Stream and the waters of the Arctic Ocean. But you should never underestimate the Arctic weather. You should always bring warm waterproof clothing and comfortable shoes with you, even when travelling in summer. Ideally, you should pack thermal underwear, warm socks and a raincoat.

In winter, you will need a warm down jacket, insulated trousers, high winter boots, thermal underwear, a warm hat and mittens.

The end of May marks the beginning of the polar day in Teriberka, which only ends in late July. Those who are new to such conditions should also bring a sleeping mask.

Make sure to pack a first-aid kit and personal hygiene products when travelling. It's always best to grab a snack and a thermos with hot tea for the road, just in case.

What to See in Teriberka:

The settlement is divided into two parts: old Teriberka and the new part, Lodeynoye. Most of the residents live in the new part (which also houses several small grocery stores, a bakery and a chemist's), while the historical part serves as an open-air museum of sorts. The village's wooden houses have turned grey and tilted from old age and some are covered in large graffiti in English, which has only added to the atmosphere of the location. The village is situated on the very coast of the Barents Sea, with nothing but the Arctic Ocean to the North. The beach has a huge swing, from which you can admire the ebb and flow of the ice-free sea any time of year. 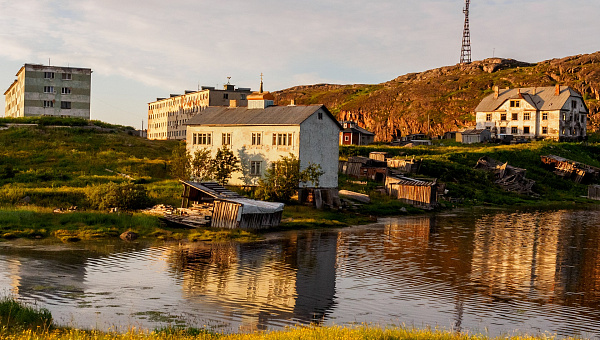 Object 2 The Graveyard of Ships

Along the coastline, near the entrance to the old part of Teriberka, lies the infamous Graveyard of Ships. The remains of 12 old vessels have been rusting here for several decades. The shapes of their wrecked carcasses resemble whale skeletons. These ships were built at the beginning of the last century but were discarded after the fish cannery closed down in the 1960s. Now it is one of the most Instagrammed spots in the entire village. 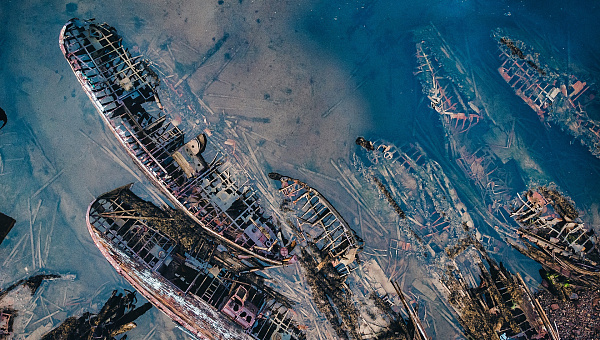 There are no organised boat trips in Teriberka, so you will have to make all arrangements on the spot with the local fishermen. Boats leave from the pier near the fish cannery. On average, an hour-long cruise has an all-inclusive price of RUB 6,000 for all passengers. The boats have room for up to 10 people.

Sometimes, whales or orcas swim right up to the boat, but, of course, no one can guarantee that you will encounter one. 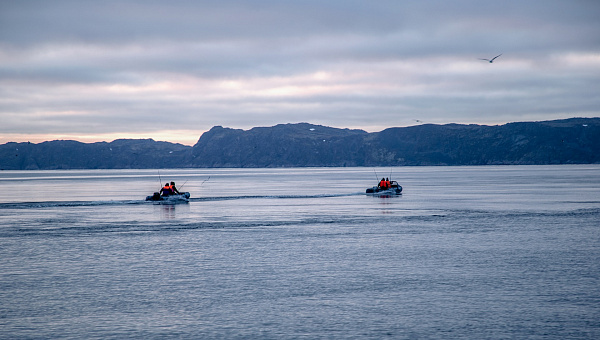 The waterfall is about an hour away from Lodeynoye. Along the way, you can admire the colours of the tundra and even encounter specimens of the local fauna. The waterfall drains Maloye Batareyskoye Lake through a narrow gorge surrounded by red rocks and flows into the Barents Sea. 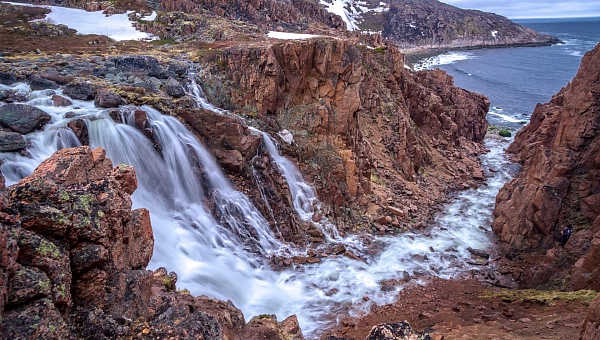 The right bank of the waterfall (when facing the sea) has an observation point, where you view the surrounding area from the best angles. 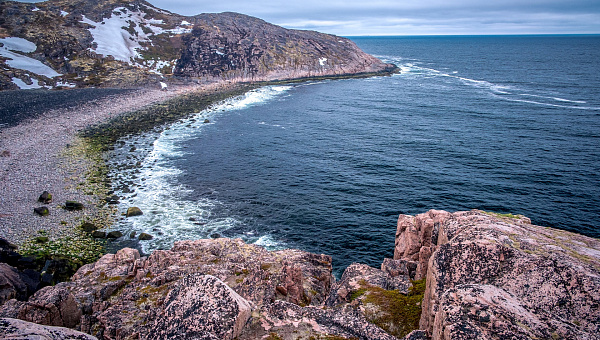 Below the waterfall, there is an unusual beach, which has been nicknamed Dragon Egg Beach by locals. The entirety of the coastline is strewn with smooth oval rocks, ranging in size from tiny to massive. Hewn by the sea, these boulders actually resemble giant eggs that are covered, depending on the season, either in green algae or with a snowy cap. You might also want to take a short walk from the rocky beach towards a gorge resembling a dragon's lair. 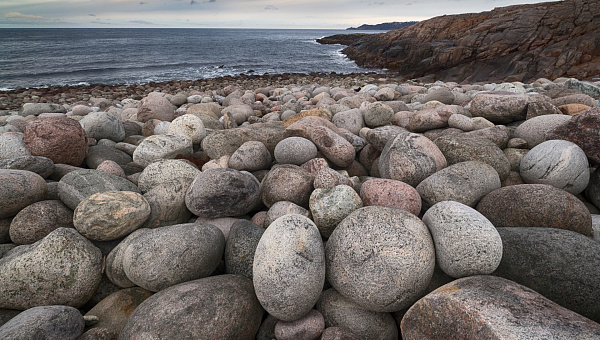 Object 7 Snowkiting on the Eriveyv Mountain

Constant winds and soft snow have turned Teriberka into one of Russia's most popular snowkiting locations. Each year, the Eriveyv Mountain (40 kilometres from Teriberka) is visited by those attending sports camps. But they also go snowkiting in Teriberka itself. Dozens of colourful kites soaring into the sky over the snowy tundra at the same time is an incredible sight that is worth seeing even if you cannot ride one yourself. 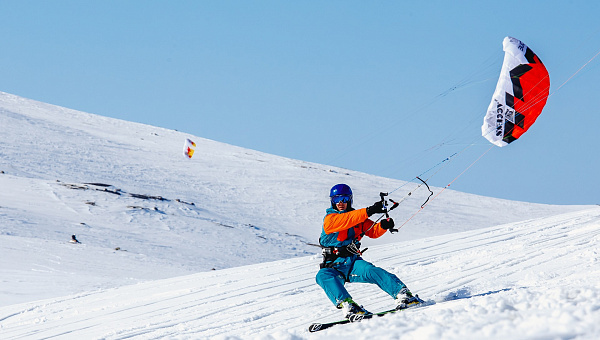 The best time for hunting the northern lights begins in late October and ends in late March. During this part of the year, you can see bright green flashes in the night sky from almost anywhere in the village. Additionally, the lack of bright light sources in the vicinity means that you do not need to search for a dark location from which to see the lights.