The Northeast Passage: Following a Dream at the End of the World

A voyage from Murmansk to Chukotka across all the seas of the Russian Arctic shelf
28 days about 6,800 km 10 objects

The Northeast Passage offers one of the most interesting cruise routes in the world. This opportunity for tourists to see all the seas of the Russian Arctic in a single trip has become available relatively recently, only from 2014. In many ways, it became possible thanks to global warming. These expeditions are organised twice a year, with one leaving from Murmansk to Anadyr and the other one going in the opposite direction. The route of the voyage passes through some of the most inaccessible corners of the planet, including Franz Josef Land, the Wrangel Islands, the New Siberian Islands and the Novaya Zemlya archipelago. This cruise offers a unique chance to see an entire chapter of a geography textbook with your own eyes, acquiring unforgettable memories and knowledge that will last you a lifetime.

The voyage across the Arctic Ocean starts at the port of Murmansk. Unlike expeditions to the North Pole, cruises along the Northeast Passage are not conducted by a nuclear-powered icebreaker, but rather by the Akademik Shokalskiy expedition vessel. It is a small ice-class liner capable of accommodating about 50 passengers and 30 crew members. Onboard, you will find several buffet restaurants, a lecture hall and cabins of several categories, ranging from cabins for three with no facilities to the captain's deluxe suite. Since a significant part of the route passes near the border area and strategic installations, all passengers are required to obtain permission from the Border Service of the Federal Security Service. 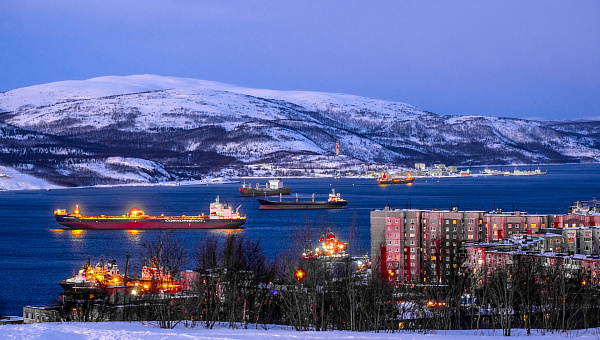 For the first two days of the cruise, the vessel navigates the Barents Sea towards Franz Josef Land. Even in the first few hours after departure, there is a good chance of encountering humpback whales or harp seals. Franz Josef Land is part of the Russian Arctic National Park and includes more than 190 islands. It would be simply impossible to visit even a tenth of them within the time frame of a single cruise. The ship crosses Tikhaya Bay on Hooker Island, which is home to the world's northernmost post office. But its most remarkable features are the unique natural landscape with numerous sheer cliffs and glaciers; large bird colonies and, of course, the chance to meet polar bears. The ship also makes a stop at Champ Island, the coast of which is filled with huge, perfectly smooth stone balls known as spherulites. Scientists still debate their origin, putting forward various theories. 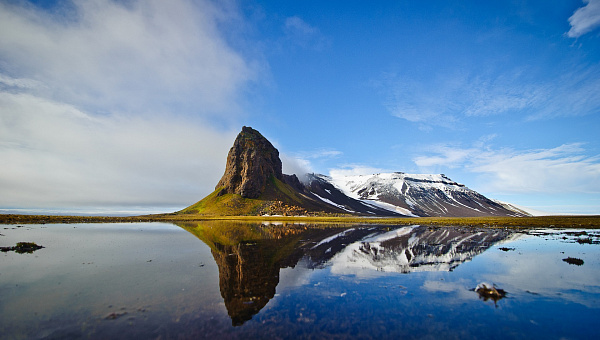 Passing Cape Zhelaniya, the vessel continues towards the Novaya Zemlya archipelago, which houses a field base of the Russian Arctic National Park. The archipelago is located at the confluence of the ice-free Barents Sea with the Kara Sea, which is ice-bound for most of the year. The route then passes through the Oranskiye Islands, which are known for being a nesting place for arctic birds; the tiny Uyedineniya Island; the fjords of Akhmatova Bay; and Isachenko Island, which is covered with sparse, yet extremely colourful tundra vegetation. The glacial islands are home to polar bears, walruses, ringed seals, harped seals, polar foxes and reindeer. 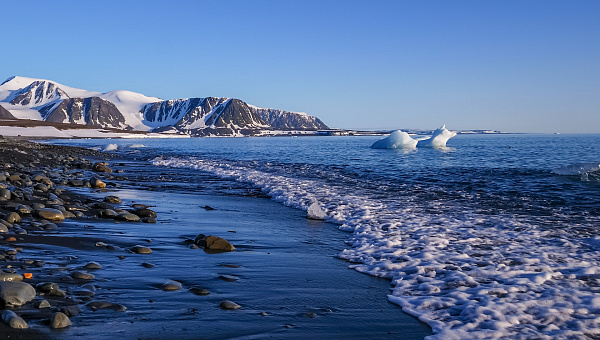 The expedition proceeds across the Laptev Sea and around the Taymyr Peninsula, heading towards the New Siberian Islands. Despite having an area comparable in size to that of the Netherlands, these islands are inhabited by only about 250 people, all of whom are personnel of the polar station or members of the military. Few travellers visit these parts, and many people would not even be able to point out their location on a map. The New Siberian Islands consist of three groups: the Lyakhovsky Islands, the Anzhu Islands and the De Long Islands. Though the harsh arctic climate prevails on these islands, yellow polar poppies can be seen growing among the tundra vegetation in summer. In ancient times, these islands were home to mammoths.

After a day of travelling across the East Siberian Sea, the vessel reaches the Medvezhyi Islands. Their name says it all: these islands are one of the best spots to observe polar bears. Measuring more than 815 hectares, the entire area of the archipelago is uninhabited, the vast expanse lacks so much as a single settlement. This is the busiest 'maternity ward' for bears from Taymyr to Wrangel Island. Furthermore, the islands are home to 27 animals listed in the Red Book of Endangered Species. In 2020, the territory of the Medvezhyi Islands became a nature reserve in accordance with a decree signed by the Prime Minister of Russia, Mikhail Mishustin. 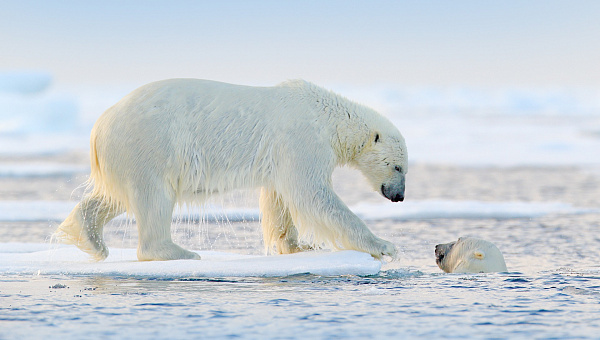 Moving forward across the East Siberian Sea, the route leads to Ayon Island, which is located at the entrance to the Chaunskaya Bay. The island has a village of the Chukchi nation, a people indigenous to the region. There, they have preserved their traditional way of life to this day, living in large tents and herding reindeer.

Located more than 160 km away from the mainland, Wrangel Island is on the UNESCO list of World Heritage Sites. Despite being internationally renowned, it is one of the most inaccessible nature reserves in the world. Officially, only one person is registered as living on the island, which is mainly inhabited by polar bears who come here to breed. Additionally, the island is home to endemic plants and rare bird species, including the horned puffin, the tufted puffin and the ruff. Wrangel Island has the largest walrus rookeries in the entire Arctic, as well as several hundred musk oxen, which were brought here from the mainland. According to researchers, Wrangel Island was home to the last mammoth population on the planet. 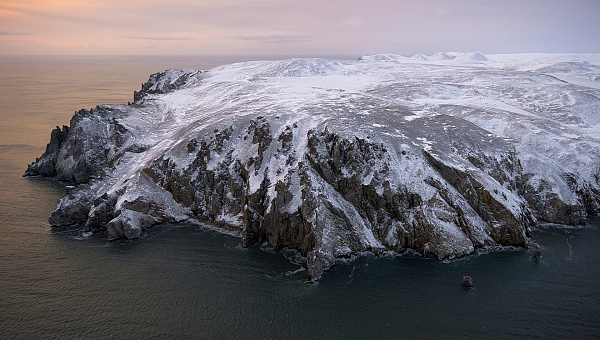 Passing the Long Strait, the vessel continues journeying towards the Chukchi Sea and approaches the bird island of Kolyuchin. In summer, this island serves as a nesting place for tens of thousands of birds. The list of its inhabitants is extensive, including such unusual species as the kittiwake, the tufted puffin, the cormorant and the black guillemot. It is extraordinary to see colourful birds with plumages resembling those of tropical species in the Arctic tundra, to say the least. The birds rule the rocky island unhindered, there are no people on it, only traces of their inhabitation remain in the form of a former polar station and several rickety wooden houses. The island has also become popular among bears, serving as a breeding ground for them. Meanwhile, there are three ships forever stuck in the ice surrounding the island: The Vega, Sibiryakov and Chelyuskin. 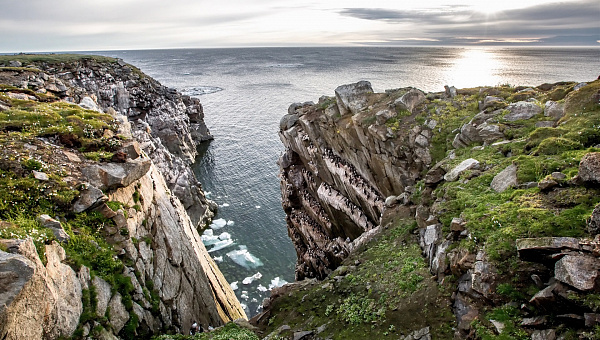 Near the end of the expedition, the boat reaches the very edge of Eurasia—Cape Dezhnev. While the continent's western end, Cape Roca, gets thousands of tourists daily, the eastern one rarely sees any visitors. A trip to Cape Dezhnev cannot possibly be considered just another waypoint along the voyage—it is necessarily a major highlight of the entire journey. Named after the explorer Semyon Dezhnev, the cape has a small lighthouse and a monument to the navigator. Situated just 86 kilometres from here, Alaska is practically a stone's throw away and can be visible from the cape in good weather. This is the point where two oceans—the Arctic and the Pacific—meet. 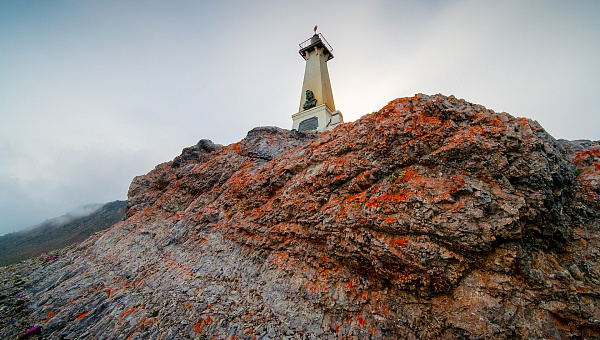 After passing around Providence Bay in the Bering Sea, the vessel arrives at the final destination of the voyage—Anadyr, the capital of Chukotka. After almost a month-long journey through the entirety of the Russian Arctic, the boat docks near the nation's easternmost city. 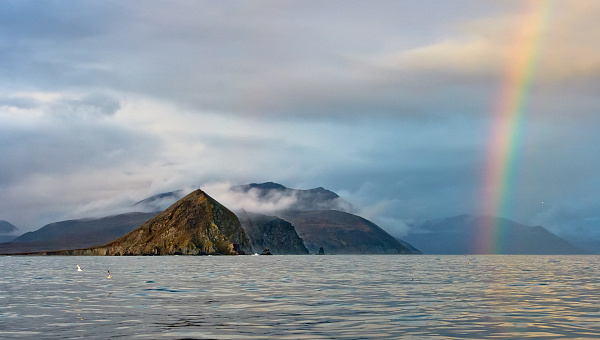