Vorkuta. The Easternmost Point of Europe

Get to know the history, art and culture of this city of miner glory
4 days 170 km 8 objects

Everyone has heard of Vorkuta, but not everyone would want to go there. Which is a pity, because this city has a difficult but interesting history. In the vicinity of Vorkuta, you can find unique geological monuments, rocky canyons and turbulent Arctic rivers. Vorkuta is the easternmost city in Europe and the fourth largest city in the Arctic Circle, but for most travellers, it remains just a blank spot on the map.

Not far from the railway station, you can find an interesting monument: the Em 720-24 steam locomotive. During World War II, this steam locomotive was used to transport coal to the liberated Leningrad. Since June 1944, it made a total of ten trips to deliver the coal mined by the Vorkuta people in excess of the plan as a gift for the survivors of the siege of Leningrad. 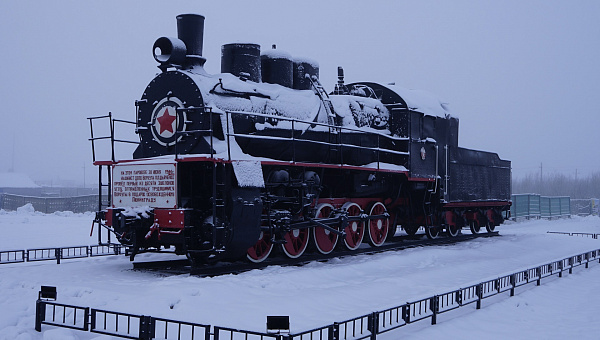 The stele Vorkuta, Parallel 67 is a symbol of this polar city. It greets the guests on their way from the airport to the city centre. The stele was erected in honour of the city's 40th anniversary and the 50th anniversary of the Pechora coal basin. It stands on a four-metre pedestal and measures 14 metres in diameter. The stele is illuminated during the night. 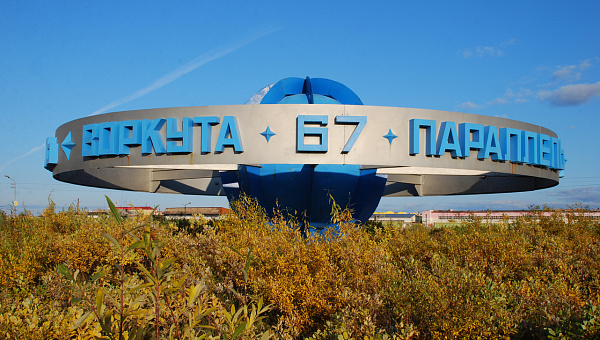 The history of Vorkuta is inextricably linked with coal mining. The Vorkuta Museum of Local History was founded some 15 years after the formation of the city of miner glory. A significant part of its exhibits is connected to coal mining. In Vorkuta, coal is not just a mineral. It is also a symbol of the city. The museum's exhibition also tells about the history of labour camps in the Komi Republic, showing objects related to the camp life, letters of prisoners and chess made of breadcrumbs. The local history museum also tells about the culture and life of the indigenous people of the Komi Republic, the Nenets, and showcases archaeological finds from the north of the republic. 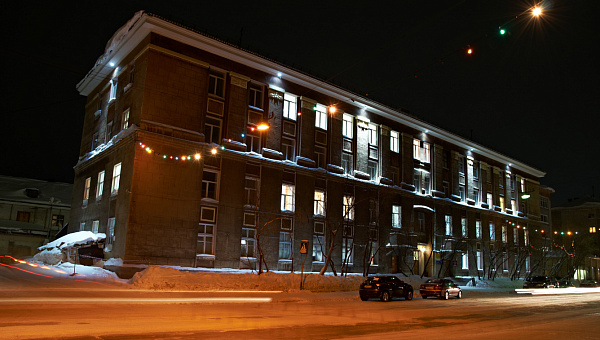 Object 4 Church of the Archangel Michael

Vorkuta's first brick building, the beautiful white Church of the Archangel Michael in the city centre, has survived to this day. The construction of the building began during World War II, and a house of worship and then a church appeared here in the 1990s. The building was fully reconstructed in 1997. It contains the relics of Saint Barbara, the patron of miners.

The history of one of the northernmost theatres in the world, the Vorkuta Drama Theater, is closely connected with the history of Vorkutlag (the Vorkuta Corrective Labour Camp). It started out as an independent acting group, which included famous representatives of the artistic community. The theatre was founded during the war years, and its troupe initially consisted of 23 people. It was headed by the former art director of the Bolshoi Theater Boris Mordvinov. For a long time, the artists did not have a building of their own and had to give performances in the camp barracks. But by the end of the war, the theatre was allocated a room on Teatralny Lane (lit.: Theatre Lane, named after that very event). The drama theatre moved to a large building only in 1990. The building also houses a museum with props, costumes and photographs. 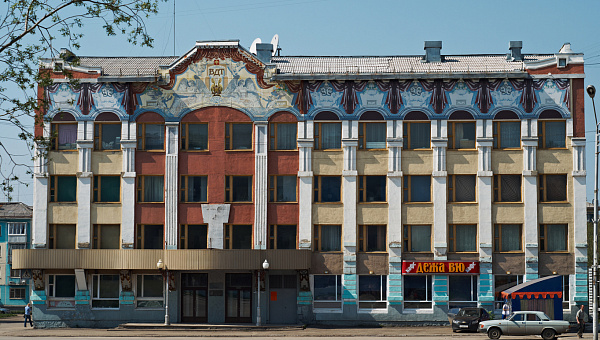 Vorkuta's surroundings offer many opportunities for hiking, skiing and water trips. You can join a group and visit the shores of the Kara Sea or admire the beauty of the Polar Urals. The period from late June to mid-September is considered the best for outdoor trips. The Pemboy Ridge, which stands parallel to the Ural Mountains, is one of the city's closest natural attractions. You can reach it either on foot or by all-terrain vehicle. The 20-metre-high mountain ridge stretches for almost seven kilometres.

Buredan, one of the largest waterfalls in the Urals and the entire European part of Russia, is located just five kilometres from Mount Pemboy. The most convenient way to get there is through the ghost village of Khalmer-Yu. From the village, you will have to ride another 25 kilometres by all-terrain vehicle. Buredan is a part of the Kara mountain river, a very popular rafting spot. The waterfall's cascade of rapids stretches for almost ten kilometres.